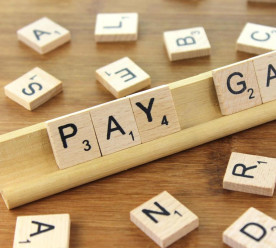 The gap in pay between men and women will take 100 years to close, campaign group the Fawcett Society has warned today, 10 November – the point in 2017 when UK women stop earning relative to men. According to official statistics, the gender pay gap stands at 14.1%. While the pay gap for women varies across ages – with older women typically facing more discrimination – new data shows that the gap has increased for women in their 20s after years of decline, suggesting the issue is “going backwards”.

Campaign groups have encouraged workers to raise the issue on social media and speak to their employers while the Women’s Equality Party is coordinating thousands of women to send an “out-of-office” message today in protest. According to the Fawcett Society, improving gender equality in the workplace could unlock £150 billion across the UK economy. From April next year, large UK employers will be required to publish their gender pay gap. (BBC; Guardian)

A further 26 companies have signed up to the Women in Finance Charter, including the Bank of England, Allianz Insurance and Tesco Bank. Over 600,000 employees in the UK – over half of those employed in financial services – are now covered by the plan. Initiated by the UK Treasury in 2016 to increase the number of senior women in the financial services industry, the Women in Finance Charter asks financial firms to commit to four actions to prepare their female talent for leadership positions. So far, 120 financial services firms have committed to have at least 30% women in senior roles by 2021 and of those, 40 firms have committed to a 50/50 gender split in senior roles by 2021. Coinciding with the launch, Virgin Money has also created the Women in Finance app to support companies who want to sign the Charter and take action to improve gender balance within their organisation. (Financial Reporter)

Alphabet’s Google unit has told US election regulators that it “strongly supports” tightening rules on online political advertising as part of efforts to curtail “foreign abuse and influence” in elections. In its letter to the Federal Election Commission – which voted to consider ensuring that campaign finance disclosure rules for TV and printed ads also apply to online activity – the company recognised the imperative to “improve transparency, enhance disclosures and reduce foreign abuse and influence in US elections”. The company, which is the world’s top seller of online ads, also asked federal regulators and lawmakers to expand restrictions on foreign participation in elections to cover content distributed and advertised on the Internet. Google reiterated plans to offer the public a database of election ads purchased through its service – as Twitter and Facebook have announced. (Reuters)

Kobe Steel, Japan’s third-largest steelmaker, has admitted that a lack of quality controls and a focus on profits was behind the widespread data tampering that has shaken up the supply chains of global car and plane makers. The announcement comes after Japan’s Ministry of Economy, Trade and Industry (METI) last month asked the firm to provide a detailed explanation of the data cheating and next steps to prevent future abuses. The Director of METI’s manufacturing industries bureau Tada Akihiro said the internal report was “a meaningful step towards restoring trust”. The company has promised to automate more of its operations and reorganise its quality control systems. CEO Hiroya Kawasaki and other executives will decide whether to resign after the external report, according to a source from Reuters. As of today, the company said 474 out of 525 affected customers, including Boeing, Toyota, Nissan and Honda, had their products deemed safe. (Reuters)

Fashion retailer Zara, owned by Inditex, says it is working on establishing a hardship fund to reimburse 140 Turkish workers left unpaid after a Bravo Tekstil factory, which also supplied high streets brands Mango and Next, closed down in July 2016. The move follows a campaign organised by the Clean Clothes Campaign (CCC) which helped workers add a note in the pockets of in-store garments asking shoppers in Istanbul to sign an online petition. A spokesman for the CCC said that after a year of negotiation the three retailers had not been able to come up with a settlement and would cover only a fourth of the amount agreed upon by the workers. Responding to the reports, Inditex said it is working to find a “swift solution” with local IndustriALL [global trade union] affiliates and other retailers for a fund covering all unpaid wages, notice indemnity, unused vacation and severance payments of workers. (CIPS)