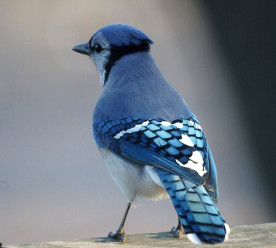 A new study published in Nature has found that conservation spending to set up and protect nature reserves and parks is saving species. The study concluded that $14.4 billion were spent across the 109 countries studied between 1992 and 2003, and resulted in a 29% per country average decrease in the rate of biodiversity decline between 1996 and 2008. An additional $5 million investment could have slowed biodiversity loss by 50% in Peru and 90% in Rwanda during the period studied, according to the model, which can estimate how much it may cost to reach a certain conservation goal. Some of the co-authors – Anthony Waldron, a conservation scientist at Oxford University, and Joseph Tobias from Imperial College London – said the study meant that halting the decline in global biodiversity would be “remarkably cheap,” amounting to less than 0.01% of global gross domestic product. Altogether the value of the goods and services that nature provides has been estimated at between $125-145 trillion per year. (Motherboard)

Fastest growing US jobs in healthcare and clean energy, according to new report

The US Bureau of Labour Statistics, a federal agency, has released its projections of what the United States employment picture will look like in 2026, highlighting solar-panel installers, home health aides, statisticians and software developers among the 15 fastest-growing occupations. While reflecting the needs of an aging population, the data also provides evidence of a shift to clean energy and employer demand for science, technology and math talent. The number of solar photovoltaic installers – earning a median annual wage of $39,240 in 2016 – is projected to more than double from 2016 to 2026, while eight of the remaining 14 fastest-growing occupations are in health care, with median salaries in 2016 ranging from $21,920 for personal care aides to $101,480 for physician assistants. As for the most rapidly declining jobs, watch repairers, typists and postal workers are facing a bleaker outlook. (Bloomberg)

Twitter reveals plan to show who is behind political ads

Twitter has announced it will roll out a series of disclosure requirements which will show its users information about who is advertising on Twitter and what those ads entail. The announcement follows evidence of Russian actors buying ads to spread misinformation during the US election. It comes just days after the proposed US Honest Ads Act, which would require online platforms with more than 50 million viewers per month to maintain a public database with information about political ads bought by anyone spending more than $500 in a year. The Transparency Centre, as Twitter’s feature will be called, will provide a range of information including total spend by, and information about, advertisers. The company stated that it will work on a “clear industry definition for issues-based ads” and collaborate with “peer companies, other industry leaders, policy makers and ad partners” to integrate them into the new approach. (AdWeek)

Bodyform is tackling period taboo by depicting menstrual blood in their new UK advert using realistic red liquid instead of infamous blue liquid, a first in feminine care. The thought-provoking campaign aims to normalise menstruation by representing it in a series of true-to-life scenarios. It shows a man buying sanitary towels, presumably on behalf of a woman in his life; and a woman relaxing on a pool float before flashing the tagline: “Periods are normal. Showing them should be too”. According to an OnePulse survey, 61% of women think the majority of campaigns are unrealistic and one in five said they had suffered knocks to their confidence as a result of periods not being discussed openly with them. (Independent)

Singapore has announced its most ambitious target yet for solar energy generation, aiming to reach a capacity of 2 gigawatts peak by 2025, which could meet as much as 25% of its energy demands, according to the Sustainable Energy Association of Singapore. Revealed by Deputy Prime Minister Teo Chee Hean in a speech to open Singapore International Energy Week, the target has been seen as “a very pleasant surprise” by local solar firms including Energetix, in light of previous undefined plans for renewable energy penetration. The city-state currently generates 95% of its 8 gigawatts of power from natural gas, and due to natural limitations has no potential for wind or hydropower. The government agreements also include plans for solar energy storage, which will see Red Dot Power and CW Group install 4.4 megawatt hours of storage solutions connected to the grid. (Eco-Business)