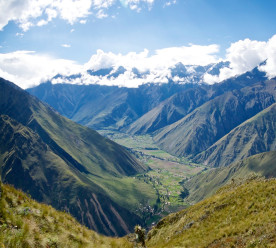 The United Nations should give a “seat at the table” to a powerful group of US states, cities, tribes and businesses that are committed to taking action on climate change, Michael Bloomberg has urged. In an apparent bid to circumvent US president Donald Trump’s moves to withdraw from the Paris accord, the former New York mayor also said the world body should accept an alternative set of US climate commitments alongside national pledges to reduce carbon emissions. Mr Bloomberg was speaking at the UN’s climate change conference in Bonn, Germany, during the launch of the America’s Pledge report. Patricia Espinosa, executive secretary of UN Framework Convention on Climate Change, said she would take the report to the official parties at the conference centre. The report has found that US states, cities and businesses that have signed up to reduce greenhouse gas emissions together represent a GDP of about $10tn. “If this group were a country, we’d be the third-biggest economy in the world. We should have a seat at the table,” Bloomberg said. “If Washington won’t lead, then mayors and governors will.” (Guardian)

Rio Tinto Group, the world’s second-largest miner, has been steadily backtracking from coal and is now looking for buyers for its remaining coal mines in Australia.  A sale will mark a complete exit from the fuel. Rio’s potential coal-free future is in stark contrast with many of its rivals. Glencore Plc, the world’s top coal shipper, this year increased its exposure by agreeing to pay $1.1 billion plus royalties for a large stake in Australian assets sold by Rio. The fuel, which generates about 40 percent of the world’s electricity, is one of BHP Billiton Ltd.’s main strategies, while Anglo American Plc has pulled back on plans to sell out of the commodity. While many miners are bullish on coal, the world’s dirtiest fuel has become a flashpoint for a growing movement of investors calling for miners to cut their exposure. Mining companies are increasingly having to consider how global proposals to curb greenhouse gases will impact the future of commodities they mine. (Bloomberg)

The burning of fossil fuels around the world is set to hit a record high in 2017, climate scientists have warned, following three years of flat growth that raised hopes that a peak in global emissions had been reached. The expected jump in the carbon emissions that drive global warming is a “giant leap backwards for humankind”, according to some scientists. However, other experts said they were not alarmed, saying fluctuations in emissions are to be expected and that big polluters such as China are acting to cut emissions. Global emissions need to reach their peak by 2020 and then start falling quickly in order to have a realistic chance of keeping global warming below the 2C danger limit, according to leading scientists. Whether the anticipated increase in CO2 emissions in 2017 is just a blip that is followed by a falling trend, or is the start of a worrying upward trend, remains to be seen. Much will depend on the fast implementation of the global climate deal sealed in Paris in 2015 and this is the focus of the UN summit of the world’s countries in Bonn, Germany this week. (Guardian)

A Peruvian farmer is filing a civil case against a utilities company for contributing to rising lake water levels, despite the fact that the company has no operations in the country. Mr Luciano, who blames the world’s biggest emitters for the warmer temperatures shrinking the glaciers, will appeal his civil case against German utility RWE, which he thinks should contribute to reinforcing the lake – even though it has no operations in Peru. The case against RWE, which ranks as one of Europe’s biggest polluters due to its coal-fired power stations, is being closely watched as climate change lawsuits slowly stack up against some of the world’s biggest oil, power and industrial firms. Justin Gundlach, a fellow at the Sabin Center for Climate Change Law said “if this case causes a court to declare that a utility is liable for greenhouse gas emissions in Peru, then all of a sudden, a million plaintiffs will bloom.” Last year, the regional court in RWE’s home city dismissed Luciano’s case, saying there were countless emitters of greenhouse gases worldwide and any flooding risk linked to the melting of glacial ice could not stem solely from RWE. (Reuters)

At least five companies have said that they will no longer advertise their products during Fox News‘ “Hannity” television show, which sparked an outpouring on Sunday of counter-protests on social media. Keurig, Realtor.com, 23 and Me, Eloquii and Nature’s Bounty all pulled their ads from the television show, in response to Fox host Sean Hannity’s coverage of the sexual misconduct allegations against Alabama Senate candidate Roy Moore. Last week, Washington Post published an article suggesting Moore had romantic or sexual relationships with four teenage girls when he was in his 30s, allegations which the candidate has vigorously denied. In the wake of the Post report, Hannity asked his viewers to give Moore the benefit of the doubt. On Twitter, the companies announced their decision to discontinue showing their ads during Hannity’s show — one of Fox News’ most highly rated programs. None of the companies cited Hannity’s coverage of the allegations against Moore as the reason that they had pulled their ads. However, many Twitter users called for them to distance themselves from the show. (CNBC)