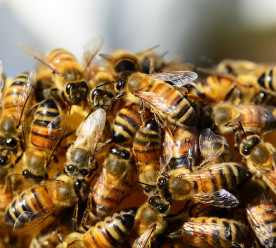 Billionaire Michael Bloomberg, a UN special envoy on climate change and former mayor of New York city, has announced a $50 million (£38 million) plan to expand a campaign against coal-burning into Europe. Since the launch of his $164 million US campaign in 2010, more than half of the nation’s coal-fired power plants have been closed. The money will support grassroots campaigns, research on the health impacts of coal and legal action against coal plants that are breaking pollution rules. Coal burning still accounts for about 20% of all of the EU’s carbon emissions, with Germany and Poland by far the biggest polluters. Until recently, the UK was Europe’s third biggest coal polluter, with the fuel providing 40% of the nation’s electricity, but this has fallen to 2% in just five years. Bloomberg is now looking for partners to push the coal campaign into Asia, where most coal is burned. (Guardian)

A coalition of more than 150 businesses, NGOs, scientists and politicians have endorsed a statement published by Ellen MacArthur Foundation’s ‘New Plastic Economy’ initiative, calling for a global ban on oxo-degradable plastic packaging which has been linked to microplastics pollution. Organisations include Marks & Spencer, PepsiCo, Unilever, Veolia, the British Plastics Federation. Oxo-degradable plastics are broadly used in packaging and plastic carrier bags and have often been touted as a solution to plastic pollution. However, according to the Foundation’s Lead for Systemic Initiatives, Rob Opsomer, they are also not suited for recycling at scale or composting and end up fragmenting into tiny pieces. In the UK, retailers such as Tesco and the Co-op have prohibited the use of the plastics in their carrier bags while the use of oxo-degradable plastics have been banned in France altogether. However several nations such as Yemen, the Ivory Coast and Togo are still encouraging their use. (edie)

The UK will back EU’s proposal to entirely ban insect-harming pesticides across Europe, the environment secretary Michael Gove, has revealed. The decision reverses the government’s previous position and follows strong new evidence the impact of neonicotinoids on colonies of bees and other insects, with 75% of all flying insects found to have disappeared in Germany and probably much further afield. Neonicotinoids are the world’s most widely used insecticide and was banned on flowering crops in the EU in 2013, although the UK was among the nations opposing the ban. “A deteriorating environment is ultimately bad economic news as well”, Gove commented, noting as an example that gala apple growers are now spending £5.7 million annually to replace the work of lost natural pollinators. He added a post-Brexit farming subsidy system would channel more money into environmentally sustainable ways of farming. (Guardian)

The International Organization for Labour (ILO) has closed a complaint by workers against Qatar after the government introduced legislation to protect workers and pledged further reforms as well as technical cooperation with the UN agency. The unanimous decision means it will not set up an ILO commission of inquiry into alleged exploitation in the 2022 World Cup host, a rare sanction. Qatar reportedly signed 36 worker protection agreements with countries that provide much of its labour force, weeks before the ILO meeting. Following the decision, the ILO said that a three-year program of ILO technical cooperation “will support the implementation of numerous measures… to replace the existing ‘kafala’ system with a contractual employment relation”. Martha Newton, deputy under secretary for International Labour Affairs in the U.S. Department of Labour, said the agreement had “the potential to bring significant and lasting reforms to labour relations in Qatar”. (Reuters)

The European arm of the Coca-Cola Company has announced new targets to reduce sugar in drinks, cut water use, collect all used packaging and increase gender parity in management roles. Together with Coca-Cola European Partners – the world’s largest bottler in sales terms – the brand has developed a plan to “address some of the biggest issues in society by using their business and brands as a force for good”. By 2025, it aims to ensure 50% of European sales come from low or no calorie drinks, up from 35% in 2016, and reducing sugar in all drinks by at least 10% by 2020. The companies aim to collect 100% of packaging and increase the use of recycled plastic in bottles to at least 50%. They also plan cutting GHG emissions by 50% and water used in manufacturing by 20% by 2025. The company’s gender diversity target is for at least 40% of management roles to be held by women by 2025. (CIPS)