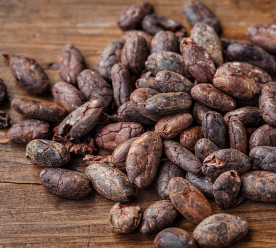 Football’s ruling body FIFA has published new guidelines for the 2026 World Cup bid process with the aim to restore credibility through transparency and ethical principles. According to the guide, potential hosts will have to “formally commit to conducting their activities based on sustainable event management principles and to respecting international human rights and labour standards according to the United Nations’ Guiding Principles [on Business and Human Rights]”. The bid process will include a bid evaluation task force, which will create reports for the FIFA council to shortlist bids. If no candidate is chosen on the day of the election in June 2018, the process will continue until May 2020. In a joint statement, FIFA President Gianni Infantino and Secretary General Fatma Samoura said FIFA had a “responsibility towards the world of football to conduct these bidding and selection procedures in an ethical, transparent, objective and unbiased way”. (Modern Ghana)

The governments of Ghana and the Ivory Coast have started drafting plans to immediately stop to all new deforestation and drive reforestation instead, after a Guardian investigation found that the cocoa industry was destroying their rainforests. Environment group Mighty Earth said the action was very promising but will not succeed unless the cocoa traders and chocolate manufacturers put money into the effort. Contacted by the Guardian, Mars, Hershey and Mondelez did not say that they would commit any money to the governments’ plans however Mars pointed to new “joint frameworks for actions” to be released at the climate change conference in December. Under the Ivorian draft plans, each trader will have to take responsibility for a number of degraded classified forests and turn them into densely shaded forest, organising farmers to plant trees while growing cocoa underneath them. (Guardian)

New data from the Massachusetts Institute of Technology (MIT) has underscored the idea that some “zero-emissions” electric vehicles might be polluting more than certain conventional vehicles. The study compared the total carbon dioxide (CO2) emissions generated throughout the lifecycle of different conventional cars and an electric Tesla model driven in the US mid-West – from procuring the components and fuel, to recycling its parts. While the Tesla car was found to produce less CO2 per kilometre over its lifecycle than a luxury 7-series BMW (226 vs. 385 grammes), a conventional Mitsubishi – fuelled by petrol, with an internal combustion engine and a tailpipe – emitted even less (192g).

Commenting on the study, Peter Mock, managing director for Europe at the International Council on Clean Transportation, said many electric vehicles (EVs) produced today have a battery that is too big for people that drive less than 100km a day. However, while current regulation is helping to get EVs on the road, the lack of differentiation between EVs is incentivising a bigger-battery-is-better mentality, he added. (Financial Times)*

Carbon price among policy wishlist issued by businesses at COP23

Members of the World Business Council for Sustainable Development (WBCSD), including the chief executives of more than 200 global firms, have called for governments to collaborate with the private sector to set meaningful carbon prices as well as create partnerships to boost resilience across global supply chains and in vulnerable communities. In particular, the WBCSD has called to create a structured policy dialogue centring on the Marrakech Partnership, which provides a platform to showcase best practice approaches to reducing emissions. Businesses are also pushing to provide input into the Facilitative Dialogue, which outlines what increased ambitions will be issued as part of the next round of Nationally Determined Contributions (NDCs).  Last week, the UN warned that there is an “unacceptable” gap between national pledges and the emissions reductions required to meet the Paris Agreement’s climate targets. (edie)

GE Renewable Energy and the Green Investment Group (GIG) have teamed up to deliver a 650MW wind project in Sweden, having acquired what they claim will be one of the largest single-site onshore wind installations in Europe from renewables developer Svevind. The turbines will also feature blades equipped with an ice mitigation system provided by LM Wind Power. The wind farm is expected to enter into operation by the end of 2019, when it is set to increase the nation’s wind generation by more than 12.5%. The transaction is GIG’s first outside the UK, and its first equity investment since its acquisition by Macquarie earlier this year. Edward Northam, head of the GIG in Europe, said the project “represent[ed] the new frontier in European onshore wind” and showed that, under the right conditions, it was “possible to develop and attract private capital into new onshore wind farms”. (Business Green)