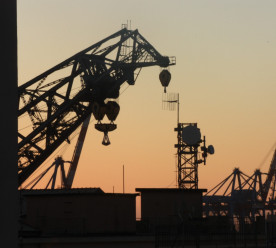 The Guardian has today become the first major global news organisation to announce a ban on advertising from oil and gas companies. This is despite the fossil fuel industry’s role as a major advertiser for the media outlet. The newspaper said the block on advertising amounts to an “outright ban” on the media group taking money from companies that extract fossil fuels. It follows high profile efforts from the newspaper to ramp up reporting on climate change, cut its own greenhouse gas emissions and implement changes to its style guide that has seen it refer to climate change as the ‘climate crisis’ or ’emergency’. Oil and gas firms have been subject to particular criticism from green groups for using paid adverts to highlight their green energy projects, despite the vast majority of their capital investment and revenues still coming from fossil fuels. Campaigners say such adverts give the public a false impression of the fossil fuel industry’s role in the climate crisis. (Business Green)

Hundreds of Amazon employees defied corporate policy to publicly criticize the company for failing to meet its “moral responsibility” in the climate crisis. More than 340 tech workers at Amazon used the hashtag #AMZNSpeakOut in public statements that condemn the company for not taking sufficient action on the climate crisis. The action comes in direct opposition to an Amazon policy barring employees from speaking about the company’s business without prior approval from management. That policy was introduced after employees vowed to participate in the global climate strikes of September 2019. Employees at Amazon have increasingly criticised the company in recent years for its contracts with large oil and gas firms. In spring 2019, more than 8,700 employees signed an open letter to the CEO, Jeff Bezos, urging him to take bolder action on climate change. The employee activism is part of a broader trend in the tech industry of employee walkouts and protests against corporate policies. (The Guardian)

The UK government is being sued for approving a large new gas-fired power plant, overruling the climate change objections of its own planning authority. The plant, being developed by Drax in north Yorkshire, would become the biggest gas power station in Europe and could produce 75 percent of the UK’s power sector emissions when fully operational, according to the environmental lawyers ClientEarth. The planning inspectorate recommended to ministers that the 3.6GW gas plant was to be refused permission because it “would undermine the government’s commitment, as set out in the Climate Change Act 2008, to cut greenhouse emissions” by having “significant adverse effects”. It was the first big project rejected because of the climate crisis. However, Andrea Leadsom, secretary of state for business, energy and industrial strategy, rejected the advice and gave the go-ahead in October. Now ClientEarth has been given permission by the high court to sue ministers. The environmental lawyers have previously inflicted three defeats on ministers over their failure to tackle air pollution. (edie)

A letter from 20 high profile climate, environmental, justice, and human rights campaigners, has called on governments to act faster in tackling the interlocking crises facing the human and natural worlds. Ranging from ages 10 to 94, the activists cite the United Nations Sustainable Development Goals agreed in 2015 as a key framework for driving progress, calling them “a historic plan to end extreme poverty, conquer inequality and fix the climate crisis”. The activists’ cry for bolder action comes just a week after UN Secretary General Antonio Guterres called on the international community to make the 2020s a “decade of action” and 2020 “the year of urgency,” as he outlined his priorities for the year to the UN General Assembly. The letter, which calls a state of “emergency” for people and planet, has been backed by a wider network of more than 2,000 high-profile supporters. (Business Green)

Telecoms giant BT will charge wi-fi customers £50 if they do not send their routers back at the end of their contracts, in an effort to minimise its plastic and electronic waste. The firm altered its contracts in December to include a clause stating that it retains ownership of routers and TV set-top boxes. BT has now confirmed that it will be enforcing that clause by charging customers who fail to return their hardware through a fine, which is applicable to domestic and business customers alike. BT said the move is being made to ensure a circular economy for its hardware. Once the hardware is returned, the company refurbishes items so they can be reused. In order to implement the new ownership model, BT has scrapped upfront payments for hardware and launched a take-back service. BT said in a statement that the move should prevent around one million pieces of hardware from going to landfill or incineration annually. (edie)

Source Image: silhouette of metal cranes at worksite during golden hour by Francesco Boncompagni on Unsplash.