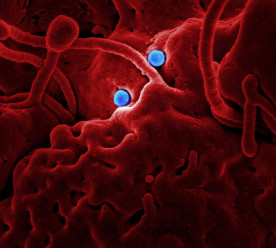 Global coffee shop chain Starbucks has closed half of its outlets in China to protect its staff and support government efforts to contain the coronavirus. Starbucks has almost 4,300 outlets in China, making it the company’s largest market outside the US. The move highlights the major challenges facing global corporations from the spread of the deadly virus. Tech giant Apple has limited travel and reduced store hours in China, while its suppliers’ factories remain closed. Earlier this week, social media giant Facebook became the first big US firm to tell staff to avoid travelling to China. Other global companies have introduced travel restrictions and car makers are taking staff out of the country. Toyota said on Wednesday that its production plants in China will stay closed until 9 February, in response to the coronavirus. The decisions by businesses to help prevent the spread of the virus and protect employees is predicted to have a significant impact on financial performance. (BBC)

Industry bodies representing hundreds of firms across the engineering and environmental technologies sectors have partnered to analyse how the UK’s infrastructure should be redesigned to meet net-zero by 2050. Under the partnership between the Association for Consultancy and Engineering (ACE) and the Environmental Industries Commission (EIC), representatives from member businesses will form a “net-zero taskforce”. The built environment and transport sectors account for 32 percent and 17 percent respectively of the UK’s annual emissions footprint. Over the next 10 months, the taskforce will research how ACE and EIC member firms will need to change their policies, processes and research in order to play their role in bringing about a net-zero nation. The taskforce will also assess how SMEs across the engineering and environmental technologies sectors, and other related industries, will need to adapt, and where support for this transition should come from. (edie)

The world’s biggest mining companies are failing to meet the goals of the Paris climate accord, according to a report by management consultancy McKinsey. The report stated that the industry was taking insufficient action and putting underwhelming plans in place to tackle global warming, risking a backlash from investors and society. The biggest mining groups say that they are committed to aligning their business models with the Paris climate agreement, but McKinsey highlight that the specific targets are currently not enough to live up to the commitment. Mining groups have only just begun to set targets that range between a zero and 30 per cent reduction in greenhouse gas emissions by 2030, falling well short of the level required under the Paris accord. The report comes a week before the industry gathers for the annual Mining Indaba conference in South Africa, where climate change is likely to be the major topic of discussion. (Financial Times*)

UK supermarkets move to cut antibiotic use in farming

Most of the UK’s leading supermarket chains are making “significant progress” in reducing antibiotics in farming, but Iceland, Asda and Aldi have been named as falling behind in a new study. The findings were published by Alliance to Save our Antibiotics, a coalition of health, medical, environmental and animal welfare groups. Top medics, including England’s former chief medical officer Dame Sally Davies, have repeatedly warned that the rampant overuse of antibiotics is threatening a global disaster, as it gives rise to resistant germs which will mean common illnesses become untreatable. Iceland was found to be the only major chain to have no publicly available policies on antibiotic use in its supply chain and no strategy in place to reduce their use. Asda says it does not support the routine preventive use of antibiotics, but publicly lists no restrictions on its use beyond the UK’s minimum legal requirements. (The Guardian)

A new report by digital thinktank Doteveryone argues that the gig economy increasingly traps workers in the need to devote ever-more time to temporary work in order to remain financially stable. According to the report, the gig economy creates issues that fall into three categories: a lack of financial security, a loss of dignity at work, and the inability to progress in a career or train to leave it. To tackle these problems, Doteveryone suggests key policy changes that could improve life for workers. These include a minimum gig wage, which would require online platforms that use gig economy workers, such as Deliveroo and Uber to account for the additional costs that are levied on the workers, such as fuel costs for drivers. Modifications to the government’s national retraining scheme are also suggested, to make it easier for “flexible” workers to take advantage of the courses on offer. Finally, Doteveryone suggests the introduction of new governance structures at gig employers to give workers a greater voice in the design of the platforms. (The Guardian)