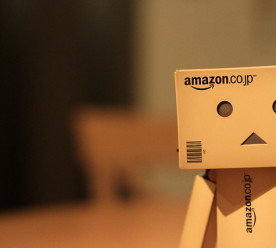 Amazon employees call on Board to tackle climate change

More than 7,500 Amazon employees signed an open letter to CEO Jeff Bezos and the Amazon board, criticising the company’s efforts on climate change and demanding the company take serious action. It highlighted Amazon’s lack of a company-wide plan to reach zero carbon emissions, inadequate emissions targets, and business decisions inconsistent with climate objectives. It also called for public goals to achieve net-zero emission by 2050, and more general guidelines for business practice, such as prioritising climate impact when making business decisions. While Amazon’s shareholders have voted down the proposals, this is not the main story.

The letter itself is important in two ways. First, it gathered huge support from employees, within a workplace previously shy to openly criticise company practices. Second, the letter pointed to the concerns of a second stakeholder group, consumers. In doing so, it highlighted the business value of climate action, stating “our customer obsession requires climate obsession”. Both points demonstrate the rising societal concern about the climate crisis, and the need for business to respond to the public’s demand for action.

Over recent months we have seen school strikes for climate across the globe, inspired by Swedish teenager Greta Thunberg alongside weeks of protests in central London by climate activist group Extinction Rebellion. By writing to the board, Amazon employees are demonstrating that the demands for urgent climate action seen in public events, correspond to those of the company’s customers and employees, now and in the future.

The mobilisation of employees around climate at Amazon, should signal to all companies the level of demand for urgent and meaningful climate action. Adding to the pressures building from investors and governments, employees are increasingly asking questions of their employers’ actions on climate. To continue to attract talent and serve an increasingly climate-conscious customer base, companies must urgently do more to demonstrate leadership on climate.

Image Source: I buy, therefore I am... by MIKI Yoshihito on Flickr  is licensed under CC BY 2.0