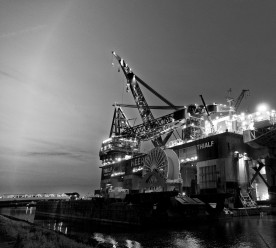 Helena Helmersson, a former sustainability manager at H&M, has been appointed as the new CEO of the fashion giant, in a move that could signal an acceleration in the firm’s sustainability efforts. Helmersson was announced as the new CEO yesterday as part of a major shake-up at the company as the fast company struggles to maintain its leading position on the high street in the face of cut-price online rivals. The appointment of Helmersson appears to be a vote of confidence in the company’s wide-ranging sustainability initiatives. Over the last year H&M has trialled a clothes rental service in Stockholm, halted leather sourcing from the Amazon region, and launched a number of sustainable clothing collections in a bid to reassure shoppers concerned about fashion’s climate impact. Helmersson, the first female CEO of the fashion giant, is expected to draw upon her extensive experience working in sustainability to accelerate the company’s efforts towards a greener footing. (Business Green)

Landmark French law will stop unsold goods being thrown away

France is to ban designer clothes and luxury goods companies from destroying unsold or returned items under a wide-ranging anti-waste law passed by government this week. The ground-breaking law also covers electrical items, hygiene products and cosmetics, which must now be reused, redistributed or recycled. It also phases out the use of paper till receipts and single-use plastics and encourages pharmacies to sell certain medications in individual doses. France already has a law banning supermarkets from throwing away unsold food and forcing them to hand the goods to charities. The anti-waste and circular economy bill requires producers, importers and distributors, including online firms such as Amazon, to donate unsold non-food goods except those that pose a health or safety risk. Prime minister Édouard Philippe’s office said more than €650m worth of new consumer products were destroyed or thrown away every year in France. (The Guardian)

Oil companies could face a sharp fall in the value of their new fossil fuel projects over the next five years if nations come forward with the climate policies required to keep the world on track with the goals of the Paris Agreement, a new analysis by Carbon Tracker indicates. The latest report from the think tank assesses what it calls the ‘inevitable policy response’ from governments as pressure to tackle the climate crisis and shift their economies towards a net zero footing over the coming decade intensifies at the same time as clean technology costs continue to fall. The analysis reiterates the risk of ‘stranded assets’ for investors in fossil fuels as countries adopt decarbonisation strategies and targets in line with the Paris Agreement. Carbon Tracker states that the longer nations put off setting ambitious climate action strategies, the greater the risk of stranded assets as governments are forced to perform a sudden “handbrake turn” in pursuit of deep decarbonisation. (Business Green)

Three survivors from the Australian bushfires have joined environment group Friends of the Earth in a claim against banking group ANZ, accusing it of financing the climate crisis by funding fossil fuel projects. The case, lodged under international guidelines agreed by members of the Organisation for Economic Co-operation and Development (OECD), demands the bank disclose its greenhouse gas emissions, including “scope three” emissions resulting from its business lending and investment portfolio, and set ambitious targets that align with the Paris Agreement. The claim was inspired by a successful complaint against ING bank in the Netherlands by Friends of the Earth, Oxfam and Greenpeace. Mediation following that complaint led to ING committing to measure and publish its indirect emissions, reduce its thermal coal exposure to near zero by 2025 and make its portfolio consistent with the Paris goal of keeping global heating well below 2C above pre-industrial levels. (The Guardian)

Multinational corporation Johnson & Johnson has been ordered to pay $344 million for misrepresenting the risks of vaginal-mesh implants to consumers in California, the first state to bring its claim against the company to trial. The news comes after thousands of U.S. women filed lawsuits and some products were recalled. Lawyers argued J&J “deceptively marketed their pelvic mesh products” for years to doctors and consumers without fully disclosing the risks of the devices, misleading users in violation of state consumer-protection laws. The company had faced more than 100,000 lawsuits over the products, which were intended to bolster sagging organs or treat incontinence in women. The company is being sued for as much as $800 million, even though J&J resolved similar claims by 41 other states for $117 million. J&J officials vowed to appeal the finding of the California judge, who heard the trial last year. (Bloomberg) *