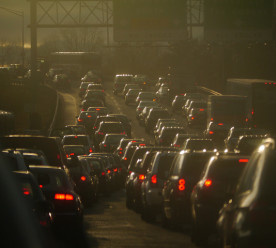 Facebook’s data collection policies will breach Europe’s stringent new privacy rules – the General Data Protection Regulation (GDPR) – that come into force in May, according to a study that highlights the challenge faced by the social media company in adapting to the new regime. Academics at Charles III University of Madrid found that 73 percent of the company’s European users were targeted by marketers based on personal characteristics such as sexual orientation or political beliefs without explicit consent. Doing so will be illegal under the GDPR with Facebook’s ad revenue likely to be severely impacted accordingly. The company has previously faced backlash from regulators in the EU, accusing it of violating privacy rules, with the French data regulator fining the company €150,000 after a controversy over its use of data on sexual preferences to show targeted ads. (Financial Times*)

President Donald Trump has been compared to Vladimir Putin and Rodrigo Duterte by Amnesty International, as they warn that his policies in the US are fuelling repression around the world and that he has “wasted little time in putting his anti-rights rhetoric of discrimination and xenophobia into action.” President Trump was accused of ushering in “a new era of human rights regression” and charged, along with other controversial world leaders, with “shamelessly turning the clock back on decades of hard-won protections.” The organisation highlighted extreme restrictions placed on women’s and girls’ access to sexual and reproductive health services, repeals of protections for the LGBTI community, abuses along the US-Mexico border, and threatening Native American tribes’ access to clean water with the approval of the Dakota Access Pipeline. (Telegraph)

The president of the Florida teachers union is asking the state pension fund to divest itself of its shares in the manufacturer of AR-15 assault rifles, which was the weapon used in last week’s mass shooting at the Marjory Stoneman Douglas High School in Parkland, Florida. Seventeen students and school staff were killed in last week’s attack, which police say was carried out by a former student of the school. The Florida Retirement System, whose fund has a total value of $163.1 billion, holds approximately $528,000 worth of shares in the Massachusetts-based manufacturer American Outdoor Brands, according to a retirement system spokesman. Florida Education Association president Joanne McCall, in a statement issued Wednesday afternoon said that “Surely there are better places for the state to invest its public employee retirement money than in companies that make products that harm our children.” (The Washington Post)

The UK Government has lost its third court case on tackling air pollution when a High Court Judge ruled its current plans as “seriously flawed” and “unlawful” – saying that the government had not done enough to require 45 local authorities in the UK to meet legal limits to reduce air pollution in their areas. “The environment secretary must ensure that, in each of the 45 areas, steps are taken to achieve compliance as soon as possible, by the quickest route possible and by a means that makes that outcome likely”, he said. It is expected that these areas won’t meet their legal requirements to prevent toxic air pollutants until 2021. The case was the third win a row from legal activists ClientEarth, which has been pursuing the government for years to address the issue. (Climate Action Programme)

Germany’s highest administrative court in Leipzig will decide the fate of 15 million diesel cars in the country today when it rules on whether cities in Europe’s largest car market can ban heavily polluting cars. Diesel-engine cars have been in the spotlight since Volkswagen in 2015 admitted to cheating exhaust tests, triggering a regulatory and legal backlash against diesel emissions, which contain particulate matter and nitrogen oxide and are known to cause respiratory disease. Environmental group DUH has sued Stuggart in Germany’s carmaking heartland and Dusseldorf over levels of particulate matter exceeding EU limits. The German states have appealed against the decisions, leaving Germany’s federal administrative court in Leipzig to rule on whether such bans are legal. Carmakers have sought to avert a total ban with an agreement to overhaul engine management software on 5.3 million diesel cars as a way to clean up German cities, a response that environmental groups have found insufficient. (Reuters)