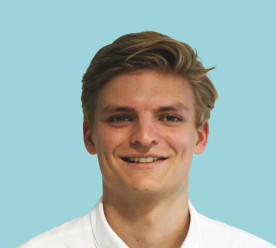 Air pollution has been hitting the headlines recently, but what are the implications for businesses and what can they do to tackle it? Richard Phillips provides some answers.

London began to be known as the “Big Smoke” in the late nineteenth century for the persistent veil of smog that smothered the city after the Industrial Revolution. Fast-forward nearly a century and half later and it seems the moniker still holds more than a grain of truth. Legal air pollution limits for the entire year were broken in the capital just five days into 2017 and various other sites have now also broken or are set to break the annual UK and EU limit.

Of course, it is not just London. Across the globe urban areas are struggling with toxic air. Beijing, long plagued by smog, began 2017 with pollution 24 times the level recommended by the World Health Organisation (WHO). Meanwhile, New Delhi did not enjoy one single “good” air quality day throughout winter. In Europe, more than 130 cities are flouting air quality laws, according to the European Commission.

With the percentage of the world’s population living in urban areas expected to increase to 66% by 2050, concern for the quality of air being breathed in cities is mounting. But should businesses be worried, particularly those who have little direct influence on the quality of air? This article outlines some of the studies and trends that highlight the real risks that the air pollution crisis poses for companies.

Air pollution is largely being framed as a health issue. MPs in the UK have described the state of national air quality as a public health emergency and much has been made of the estimates of premature deaths caused by exposure to dirty air. The most quoted figure for early deaths linked to outdoor air pollution in the UK is 40,000 per year and 3 million per year globally. These numbers take into account deaths by cardiovascular diseases, respiratory diseases and strokes, all of which has been linked to toxic air particles getting into the blood stream. Alzheimer’s and diabetes are some of the other serious complications that have been related to air pollution.

For business, an obvious implication is that poor air quality provides a risk to employee health, with coughs, sore throats and asthma attacks likely to become more frequent. This will bring about a growing number of sick days, something that is already estimated to stand at 656,900 days a year in Central London due to air pollution.

Research is uncovering a possible connection between employee productivity and air pollution in a range of sectors and localities. A study by academics from the University of Singapore found that labour productivity dipped in Chinese industrial towns on days of higher air pollution. They concluded that productivity across 190 Chinese cities would rise by about 4% per year if the amount of fine-particle pollution in the air was cut to fall within World Health Organization standards.

Similar trends between air quality and worker productivity has been identified for indoor office workers. Research into the efficiency of call centre workers revealed that on average employees were estimated to be 6% more productive on low-pollution days than on days when pollution was high.

One study has even asserted that air pollution might influence investor behaviour. Results from a 14 year examination of daily returns of the S&P 500 index on Wall Street indicated a correlation between days of bad air quality and lower stock returns. The explanation proposed by the researchers is that exposure to bad air negatively affects emotional state, lowering cognitive capabilities and making traders less likely to take risks.

Putting the fluctuations in productivity solely down to pollution is problematic, however the logic is entirely plausible. Humans need clean air to function optimally. Dirty air impacts the amount of oxygen we intake, reducing cognitive function by affecting concentration and mental performance. Breathing toxic particles has even been shown to increase irritability and reduce abilities of self-control, making employees less cooperative.

Urban air pollution should also be of concern to businesses with regards to recruitment. Although global urbanisation is set to continue, cities that are particularly plagued by dirty air may increasingly be seen as less desirable places to work and live.

If quality of air becomes a significant influencing factor for individuals when considering employment offers, businesses in certain locations may face difficulties in filling positions, particularly at the executive level. A survey released by Bain & Company and the American Chamber of Commerce in China found that fifty-three percent of American firms operating in Chinese cities have experienced difficulty in recruiting senior talent, with the majority blaming air pollution.

In attempt to lure potential employees to areas of high air pollution, businesses may increasingly need to offer compensation packages. In 2014, Panasonic became the first international company to offer compensation to its expat employees sent to China for the dangerous levels of pollution in the country with the jobs being deemed as ‘hardship postings’ by the company.

A further risk to business is the progression of stricter laws on pollution. The UK government’s plans to address poor air quality have been deemed inadequate to the extent that they have twice been ruled illegal, however there are signs that stronger measures will be taken. Sadiq Khan, mayor of London, has pledged to double funding to £875m over five years to tackle the problem. While efforts in most urban areas will target the reduction of diesel car usage, as already seen in Paris, Madrid and Mexico City, anti-pollution laws across the board will become more likely. For example, sweeping air pollution control regulations are being proposed in San Francisco’s Bay Area, potentially affecting up to 1,000 businesses across a range of industries to cover pollution from a variety of sources.

If such regulation indicates a move towards a low carbon economy, even companies operating in sectors with minimal direct emissions, such as the financial sector, should consider their indirect impact. One significant consideration for such companies is the direction of investments. Divestment from fossil fuels, an action now taken by 706 institutions and over 58,000 individuals, accounting for $5.46 trillion in diverted capital, would be the best defence against stricter regulatory changes and the risk of “stranded assets”.

We are beginning to see the emergence of innovative new solutions to the air pollution problem. Gadgets and apps are already off the ground attempting to influencing everyday behaviours. One example is the CleanSpace Tag which sends local air quality information to personal devices and tracks every “clean journey” made with the user earning reward points for discounts at certain retailers. Similar schemes could be employed by companies to change commuting habits.

A more radical solution is the notion of “forest cities”. Here, office blocks, roads and pavements are covered with plants and trees to absorb carbon dioxide from the city air and emit oxygen. This concept is already being showcased in Singapore’s “Gardens by the Bay”, featuring the impressive “supertree” structures.

The opportunity for business is to develop sustainable business and investment models to carve out a position of leadership in the low-carbon future and ensure long-term profitability. Where possible, there is also the prospect of demonstrating how products and services contribute to emissions reduction. For example, BT’s 3:1 ambition is to help customers reduce carbon emissions by at least three times the end-to-end carbon impact of the business.

The mounting problem of air pollution may not immediately seem like a pressing issue for businesses outside of the automotive industry. However, the recognition of bad air as a source of significant health implications and research revealing a potential link to employee productivity and talent attraction should be of concern to all businesses. Businesses must recognise these challenges and act in the ways they can to ensure cleaner cities before policy widens its scope beyond the diesel engine.

Richard Phillips is a Researcher at Corporate Citizenship.