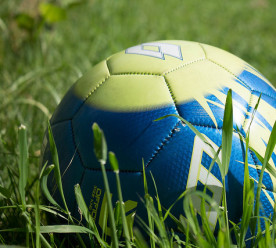 European fashion giants H&M and C&A, as well as technology company 3M, are looking into a report in the Financial Times alleging that inmates of a Chinese prison make packaging used by the companies. Peter Humphrey, a British corporate investigator and former journalist, spent 23 months in jail in China for allegedly obtaining private records of Chinese citizens and selling the information on to clients including GlaxoSmithKline, charges he has denied. In his article Humphrey described his time in jail: “Our men made packaging parts. I recognized well-known brands – 3M, C&A, H&M.” The article also made mention of prisoners making textiles and components, but did not say for whom. (Reuters)

Most large UK businesses have not published their gender pay gap

With six weeks to go until all UK businesses employing more than 250 people are legally required to submit their gender pay gap data, only 7.4% of the UK’s largest companies have done so, according to research by global consultancy Corporate Citizenship. The figures show that many of the largest sectors that make up the Financial Times’ UK 500 listing lack any submissions at all. This includes financial services, general retailers, automobiles and parts, mining, leisure goods, tobacco, chemicals, and forestry and paper. Companies who have reported their pay gap include Virgin Money, Aviva, Rolls Royce, Coca-Cola, UK Mail, TalkTalk and TSB Bank. Those with the largest pay gaps include airlines such as TUI Airways and EasyJet, who employ a majority of male pilots alongside mostly female cabin crew. (HR Magazine)

Ex-Google engineer, critical of infamous anti-diversity memo, is suing Google for firing him

A former engineer, Tim Chevalier, is suing Google, accusing the company of firing him for advocating diversity efforts and criticising ex-Google employee James Damore’s infamous anti-diversity memo. Chevalier, who identifies as queer transgender, reportedly called the memo “misogynistic” on internal message boards and offered “politically liberal views to the ongoing political debates between Googlers.” Many of Chevalier’s posts made appearances in Damore’s suit, wielded as evidence that Google discriminated against white men. “It is a cruel irony,” Chevalier said in a statement, “that Google attempted to justify firing me by claiming that my social networking posts showed bias against my harassers.” (Fast Company)

The Chinese government on Friday seized control of Anbang Insurance Group and said its chairman had been prosecuted. The unprecedented seizure of a major non-state company underscores how far the ruling Communist Party will go in its growing campaign to lower financial risks, sending a signal to risk-taking private enterprises. Anbang had violated laws and regulations which “may seriously endanger the solvency of the company”, the China Insurance Regulatory Commission (CIRC) said in a statement announcing the seizure.  (Reuters)

UEFA and the European Commission join forces for sustainability

UEFA, football’s governing body in Europe, and the European Commission have signed an agreement that will see the two co-operate on issues around sustainability, fair competition, good governance and integrity within the game. They will work together on the upcoming EURO 2020 tournament. The event will be played across 12 cities and include a suite of new sustainability initiatives, such as cutting out plastic waste and making host stadiums buy renewable energy. First Vice-President of the European Commission, Frans Timmermans, said: “Football players, men and women, are role models for children and adults across Europe. This great power can be an important ally… for the promotion of solidarity, sustainability and equality on the pitch and in our daily lives.” (Climate Action Programme)