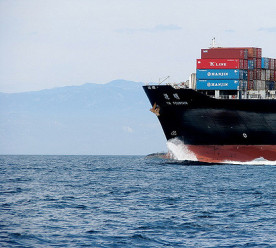 Shire, Microsoft and EURORDIS-Rare Diseases Europe have announced a strategic alliance to address the diagnostic challenge for patients living with a rare disease. The Global Commission to End the Diagnostic Odyssey for Children is a multi-disciplinary group of experts working to make a major difference in the lives of millions of children and their families. The Global Commission will develop an actionable roadmap to help the rare disease field shorten the multi-year diagnostic journey, considered a key to a longer, healthier life – with the roadmap to be published in early 2019. Shire’s Chief Executive Officer Flemming Ornskov is confident that the work carried out by the Global Commission will help transform the lives of children living with rare diseases, stating that  “accelerating the time to diagnosis is critical to improving outcomes for patients and health systems.” (Global Newswire)

Renewables are set to be the fastest-growing fuel source through to 2040, according to BP’s latest Energy Outlook, jumping five-fold to meet around 14 percent of the world’s primary energy consumption. But despite the anticipated rapid growth in clean power supplies, the oil giant expects global carbon emissions will keep rising until at least 2040 with oil and gas to still account for over half of the world’s energy supply. This is a scenario scientists fear will make it impossible to meet the Paris Agreement goal of keeping temperature increases below 2°C. BP stresses its annual Energy Outlooks are not predictions of what will happen, but likely outcomes based on policy and business decisions that are expected to be taken over the coming years. (Business Green)

The Dutch bank ING and the European Investment Bank (EIB) have announced a serious boost towards greening the shipping industry. Each institution has decided to contribute €150 million to support projects with a “green innovation element” in Europe’s maritime sector. The money will be made available for new ships or to retrofit existing vessels so that they reduce emissions and are more fuel efficient. The EIB stated that the funds will be implemented gradually over the next three years. The investment represents a significant opportunity for the shipping industry to accelerate its transition to a low-carbon economy. So far, the sector has lagged behind in reducing its carbon emissions and in promoting sustainable practices. There have been recent signs of change though – including two Japanese companies announcing a partnership to test the world’s first integrated solar power system for ships. . (Climate Action Programme)

UN General Assembly president Miroslav Lajack has said that the world needs science for tackling global water scarcity. Noting that the 2030 Agenda for Sustainable Development calls for ensuring that there is water and sanitation for all, Lajack yesterday said water is critical for achieving all Sustainable Development Goals but world leaders are not doing enough. “Water runs through every SDG, every pillar of the UN and every person. And it affects all, from Cape Town to Flint, Michigan.” In his address to the ‘Science for Water’ conference he highlighted the ongoing water crisis in Cape Town with “Day Zero”, when the system is expected to run dry, now predicted to be July 9th despite the city having cut its water consumption to 523 million litres per day – less than half of what it was four years ago before the drought began. (Economic Times – India, New York Times)

The fifth Social Value Summit, the leading event in its field, will take place on 28th February in London. The Summit brings together more than 350 commissioners and providers from across the public, private and social sectors.

This year, the event will cover not only current best practice, but also future challenges and opportunities, asking the questions:

Click here to buy your tickets and read the agenda