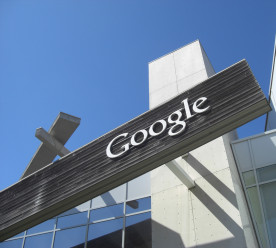 Google executives have rushed to denounce an engineer’s memo which argued that women could not make up half of the company’s technological and leadership positions because of “genetic differences” in their preferences and abilities. The document, which circulated inside Google for some time, was reported to Motherboard on Saturday before Gizmodo later published the 3,000 words essay. The author argued that Google should stop its campaigns to increase gender and racial diversity and focus instead on “ideological diversity” against the “politically correct monoculture that maintains its hold by shaming dissenters into silence”. He also noted that he had received support from colleagues for “bringing up these very important issues”. Google’s Vice President of Diversity, Integrity and Governance, Danielle Brown, officially responded that the essay “advanced incorrect assumptions about gender” while Engineering Vice President Aristotle Balogh denounced “stereotyping and harmful assumptions” which could not be allowed within the company’s culture. (Reuters; Washington Post)

Australia’s superannuation industry is lacking in its disclosure of climate risk, according to a new report by financial activist group Market Forces – an affiliate of Friends of the Earth. In a survey of Australia’s 100 largest superannuation funds representing 99% of all large super fund assets, only 18 funds, with assets totalling AUD646bn, were found to have “adequate” disclosure on climate risk management. Only eight of the 20 largest funds were deemed “adequate”, including AustralianSuper, UniSuper, First State Super, SunSuper, and HESTA. Meanwhile, 60 funds – responsible for more than AUD393bn – disclosed no evidence of having considered the impacts of climate risk on their portfolios. Another 22 funds, with assets totalling AUD306bn, disclosed “inadequate” evidence, Market Forces said. The group highlighted recent guidance from the Australian Prudential Regulation Authority (APRA), which identified climate risk as “distinctly financial in nature”. Yet the report found that climate change was all too frequently perceived as strictly an ethical issue rather than a material financial risk by super funds. (Investment & Pensions Europe)

A tax expert, Professor Richard Murphy from City, University of London has joined the Technical Committee of the Global Reporting Initiative (GRI) project. He will provide expertise to develop new standards for the ways businesses report their payments to governments which will be incorporated into the GRI Standards. According to GRI, there is increasing pressure on big organisations to reveal more about their payments to governments. “Greater transparency can be one tool to help ensure public and stakeholder confidence that companies employ fair tax strategies and demonstrate their contributions to society in the regions where they operate”, stated the project proposal, which hopes to provide guidance that goes beyond any new legal rules. Professor Murphy is credited as the creator of country-by-country reporting, which is now being promoted by the OECD to improve tax transparency for multinational corporations. (Tax Research)

British citizens will be able to ask for personal data, or information posted when they were children, to be deleted, according to new draft proposals under UK Digital Minister, Matt Hancock. Firms that flout the law will face bigger fines – up to £17m against the current £500,000 maximum fine – levied by the UK’s data protection watchdog. The bill will transfer the European Union’s General Data Protection Regulation (GDPR) into UK law. There are, however, arguments that those holding the data can put forward to refuse such requests, such as freedom of expression and matters that are of scientific or historical importance. Many of these measures are already part of the EU’s forthcoming GDPR, but they are also being woven into the government’s bill. (BBC)

Hundreds of thousands of tonnes of glass are being stockpiled and landfilled instead of being recycled in New South Wales, an investigation has found. Key industry insiders interviewed by Four Corners have described an “unsustainable situation” with glass which has “nowhere to go” because there is “no viable market”. Australia consumes about 1.36 million tonnes of glass packaging per year but it is currently cheaper to import glass bottles than recycle them. Recycling company, Polytrade reported that the regulator, New South Wales Environmental Protection Authority (NSW EPA) is aware of the problem, as confidential report provided to the NSW EPA in 2017 revealed the economic viability of sorting and transporting glass was marginal in many rural areas, making landfills the most attractive option. Multiple Australian states are experiencing the glass market downturn. (ABC News)