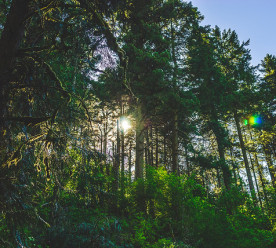 A report released by Sustainalytics, a leading global provider of ESG and corporate governance research, ratings and analytics, has found that high-impact incidents are associated with an average 6% decline in the market capitalisation of affected companies. Understanding ESG Incidents: Key Lessons for Investors is based on the analysis of over 29,000 incidents, which took place between 2014 and 2016, with 45 incident categories utilised to provide insights into company activities that generate undesirable social or environmental effects. Key findings from the report include that quality and safety and business ethics are the most common ESG incident types, accounting collectively for 30% of all incidents, and that over 40% of incidents take place in the US. (Globe Newswire)

In the Kenyan county of Nyamira a Sh5 billion (£35m) water project, funded by The Netherlands government has been met with protest. Local residents claim that the Bonyunyu Dam project, with the aim of its construction being to end water shortages in Kisii town, is being implemented without public participation. The residents want the feasibility study and environmental impact assessment reports made public as well as clarification on the issue of compensation. They are also demanding the release of residents arrested recently in a demonstration against the project. The residents were joined in their protest by former Kitutu Masaba MP Timothy Bosire who stated that “…A project of that magnitude cannot be done without people knowing how it will affect them. The people will be displaced yet nobody has come up to say where they are going to be settled.” (The Star – Kenya)

Plastic microbeads can no longer be used in cosmetics and personal care products in the UK, after a long-promised ban came into effect on Tuesday. The ban initially bars the manufacture of such products and a ban on sales will follow in July. The UK government first pledged to ban plastic microbeads in 2016, following a US ban in 2015. Thousands of tonnes of plastic microbeads from products such as exfoliating face scrubs and toothpastes wash into the sea every year, where they harm wildlife and can ultimately be eaten by people. Mary Creagh MP, chair of the UK’s Environmental Audit Committee (EAC), says “The microbead ban is a step in the right direction, but much more needs to be done.” (The Guardian)

Exxon has argued that the California cities and counties suing them, to cover damage from looming sea level rise due to climate change, have contradicted themselves by admitting in bond sales that climate change risks are unpredictable. The oil company has threatened a counter-lawsuit over alleged “abuse of government power.” In the court filing, Exxon requested permission to investigate potential “abuse of process” and “civil conspiracy” by deposing 16 individuals, including city officials from Oakland and San Francisco who are leading the lawsuit. Marin County counsel Brian Washington, who Exxon wants to depose, said local officials won’t be dissuaded by Exxon’s petition: “We will continue to stand up for our taxpayers so that they aren’t on the hook for all the costs of addressing the damage cause by Exxon and others in the fossil fuel industry.” (CNN)

Chinese government to plant 6.6 million hectares of trees in 2018

The Chinese government has announced that new trees to be planted in 2018 will cover at least 6.6 million hectares all over the country – an area estimated to be the size of Ireland, in a bid to become the world leader in conservation. Currently, 21.7% of the country is covered by forests with China’s State Forestry Administration aiming to increase this to 23% by 2020. This year the reforestation plans will focus on the northeast Hebei province, the Qinghai province in the Tibetan Plateau, and the Hunshandake Desert in Inner Mongolia. Ever since 2014, China has declared an aggressive war against air pollution having already spent over $61 billion on increasing forest areas in the past five years. To date, China’s forest amounts to 208 million hectares in total. (Climate Action)

Image Source: Forest by Lorens Kerns on Flickr. CC BY 2.0