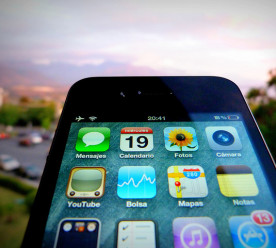 The BBC is facing a possible investigation by a UK human rights watchdog over its treatment of Carrie Gracie, who resigned as the broadcaster’s China editor on Sunday citing a “secretive and illegal pay culture” that systematically discriminated against women. The Equality and Human Rights Commission said it was writing to the UK’s public service broadcaster seeking information on its pay policy. Michelle Stanistreet, general secretary of the National Union of Journalists, said the union had lodged a complaint with the BBC “on behalf of 121 women” who work at the broadcaster. She added the “lid had been lifted on the problem” after publication last July of BBC top stars’ remuneration. The Commission added: “The new duty [on employers] to report on gender pay gaps from April is likely to expose more instances of unequal pay. All employers have a duty to do more to end discrimination and ensure they fully comply with equality law.” (Financial Times*)

Google sued amidst claims of discriminating against conservative white men

Google has been accused of discriminating against conservative white men in a class action lawsuit filed by two former engineers. One of the men, James Damore, was fired from Google last year for a controversial memo in which he argued that there were few women in top jobs at the company due to biological differences between men and women. The lawsuit claims that Google uses illegal hiring quotas to fill posts with women and minorities whilst failing to protect employees with conservative views (including supporters of US President Donald Trump). It also states that the controversial memo was intended to remain internal and had been written following a request for feedback from a diversity and inclusion summit attended by James Damore. A spokesperson for Google has stated that they “look forward to defending against Mr Damore’s lawsuit in court.” (BBC)

More than half of Singaporeans want sustainable supply chains

A new survey conducted and published by YouGov, polling 9,000 people, has found that more than 50% of Singaporean consumers, and half of all shoppers in the Asia Pacific region, believe that companies should ensure their supply chains do not harm the environment. Respondents from Singapore expressed a preference for companies that ensure their supply chains do not harm the environment and are free from negative practices such as forced labour (53%), over typical CSR activities such as volunteer programmes or offering pro bono services. However, the survey also showed that only 46% of business owners and senior management executives in the region agreed that they were responsible for ensuring the sustainability of their supply chains. (Eco-Business)

Two of Apple’s largest investors, New York-based Jana Partners and the California State Teachers’ Retirement System (CalSTRS), have urged the company to take action to combat smartphone addiction among children. Collectively controlling $2bn of Apple stock, the investors suggest that Apple should offer tools to help children avoid addiction as well as provide parents with more options to protect their children’s health through monitoring usage. They suggest that current parental controls are too limited and parents should be able to implement screen time limits as well be able to block social media services. In their open letter, the investors cite several studies on the negative effects heavy use of smartphones and social media can have on the mental and physical health of children. (The Guardian)

The chief executive officer and co-founder of agricultural company Olam International, Sunny Verghese, has been appointed chair of the World Business Council for Sustainable Development (WBCSD). His appointment makes him the first Asia-based CEO to be elected to the position, as well as being the first chair from the agricultural sector. Verghese succeeds Paul Polman, chief executive of Unilever, as chair of the group of over 200 businesses that advocate progress on sustainable development. Olam is one of the world’s largest suppliers of cocoa beans and products, coffee, cotton and rice. In a statement, Verghese said: “In leading a global agribusiness operating across 70 markets, I’ve seen intimately how each action we take separately as business leaders can impact millions of people, as well as the planet. The potential is even greater when we come together to take collective positive action.” (Business Times)

Image Source: iPhone by Gonzalo Baeza on Flickr. CC BY 2.0