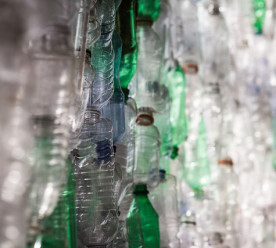 Following allegations of failing to disclose a conflict of interest KPMG has quit its advisory role for the Grenfell inquiry. With the company having audited three of the firms under scrutiny by the inquiry into the Grenfell tower block fire, in which 71 people died on the 14th of June 2017, the removal of KPMG from the inquiry was publically advocated for by a wide range of celebrities, academics and campaigners in an open letter to Theresa May.  Despite quitting their role KPMG maintains that no conflict existed between their role advising the inquiry and work for other clients but acknowledges that their involvement could undermine public confidence in the inquiry. (BBC)

A new German law means that German companies will be forced to reveal their gender pay gap to individual workers. The law applies to both the private and public sectors, for workplaces with more than 200 employees, and will give female employees the right to learn how their salary compares with male workers in corresponding jobs. Whilst Germany already prohibits companies from paying different wages to men and women who do the same or similar work it has one of the worst records in Europe regarding equal pay, with workers often unaware of the pay gap’s existence. There has been sharp criticism of the new law from business leaders, claiming that it imposes an undue burden without an evident pay-off. (The Financial Times*)

5p tax on single use plastic bottles may come into effect, says Theresa May

Prime Minister Theresa May is considering the introduction of a 5p tax on single use plastic bottles, such as water and soft drinks bottles, as a means through which to change consumer behaviour. This move would go beyond a plastic bottle deposit scheme that had previously been suggested. The Prime Minister is to outline her plans for the environment in a major speech on Thursday with the introduction of a single use plastic bottle tax following in the footsteps of the similar charge placed on carrier bags that resulted in an 83% fall in the number of single-use plastic bags used since 2015. Following an appearance on the Andrew Marr Show she tweeted “…Nobody who watched #BluePlanet2 will doubt the need for us to do something – and we will.” (The Telegraph)

The recent death of an Indian garment worker at a factory in south India demonstrates a lack of safety in factories that produce for global brands within the “textile valley” area of Tamil Nadu. Whilst the name of the factory or those of the brands it produces for have not been released the police have stated that a case of death due to negligence has been filed against the factory owner. The incident resonates strongly with consistent claims by labour campaigners that injuries are frequent for the approximately 400,000 employees that work across more than 1,500 factories in Tamil Nadu – the biggest hub for textile manufacturers in India – with 13 accidents and eight documented by the organisation Social Awareness and Voluntary Education in 2016. (Thomson Reuters Foundation)

Insurance firms refuse to cover companies that use coal

A range of investors, including insurance companies and pension funds, have cut or eliminated holdings in companies that make money from coal following worries that the global warming may increase insurance claims. So far 15 insurers have taken action, according to the pressure group Unfriend Coal, with an estimated $20bn in investments removed from the industry. The business lines affected, including insurance for the construction of new projects and liability cover for existing projects will increase costs for companies that mine and use coal. Big multinational mining companies are unlikely to be badly affected by this move, with many having in-house insurance companies, but for small and medium-sized miners this move is likely to have significant impacts. The insurers that have cut coverage so far are all based in Europe, with no action taken by US insurers. (The Financial Times*)