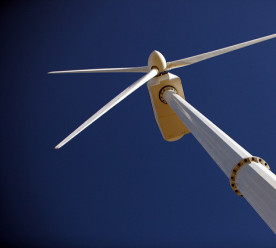 A new law that makes it illegal to pay men more than women has been implemented in Iceland, a country which for the last nine years has been ranked as the world’s most gender-equal country by the World Economic Forum. The law, that came into effect on the 1st of January 2018, necessitates that all companies and government agencies employing at least 25 people will have to obtain government certification of their equal-pay policies. Failing to demonstrate pay parity will result in fines for the company or agency in question. Behind this new legislation is the reasoning that previous legislation, whilst having raised awareness of the gender pay gap, has done little to close the gap. This move by the Icelandic government, supported in parliament, makes Iceland the first country in the world to legalise equal pay between men and women. (Aljazeera)

Climate change lawsuits to increase in 2018

Over the course of 2018 the incidence of lawsuits concerning responsibility for the effects of climate change is likely to rise. The increasing trend of litigation around climate change spans lawsuits brought by a Peruvian farmer in Germany and lawsuits brought against major fossil fuel companies by at least seven Californian cities and counties. Lawyers and campaigners are closely watching the looming legal battles they say could set the stage for fresh claims against major oil and industrial companies, and pressure governments to ramp up action on climate change. One such case is Juliana v US brought by 21 young activists from Oregon, with their aim being to establish that the government’s climate change policies have failed to protect their constitutional right to live in a habitable environment. Scheduled to go to trial in February 2018 the case has been met with resistance from the US government who have tried to block it from proceeding any further. (Eco-Business)

Report: Clean energy could be crucial for Puerto Rico’s build back

Following Hurricanes Irma and Maria (September 2017) Puerto Rico’s power system was severely disrupted, with transmission and distribution lines across the island destroyed. Three months on from the Hurricanes the US Energy Department states that more than one-third of Puerto Rico remained without power. In the report Build Back Better: Reimagining and Strengthening the Power Grid of Puerto Rico, produced by the Puerto Rico Energy Resiliency Working Group, it is suggested that key to improving the resilience of Puerto Rico’s electric power system to future storms is a move towards the use of renewable energy sources. However such a transition is likely to cost $17.6 billion, making Puerto Rico’s energy future dependent on aid received from the US federal government due to the US territory itself having little buying power.  (Green Biz)

Since its launch in December 2017 more than 3,300 people have registered for Singapore’s first electric car-sharing service, BlueSG – a subsidiary of the Bolloré Group, with more than 5,000 rentals within the first three weeks of operation. The service was developed with involvement from the Singaporean Land Transport Authority  – carefully selecting secure parking lots across Singapore for vehicle charging stations. Positioned as a “convenient and attractive option for commuters” by managing director Franck Vitte, BlueSG has plans to grow from the 80 cars and 32 charging stations initially deployed in Singapore to 1,000 cars and 2,000 charging points by 2020. Accessed through an app the car-sharing service charges users based on duration of journey (minimum of 15 minutes) rather than by distance, with weekly and yearly membership plans available. (Channel News Asia)

Dan Parker, former advertising executive who worked on campaigns for Coca Cola and McDonalds, has revealed that despite the obesity epidemic the food industry is continuing to try and persuade UK consumers to eat more sugar and junk food – comparing food industry tactics to those of Big Tobacco. Following his diagnosis of obesity-related type 2 diabetes Dan Parker formed Living Loud, a charity focused on improving the communication of anti-obesity campaigns and bridging the gap between academics and people suffering poor health due to their diet. He suggests that asking the food industry, supermarkets and advertising agencies to voluntarily change their practices is unlikely to elicit the desired response, as demonstrated by marketing of family size chocolate bars as something one person can eat by themselves and as the best value for money, and instead that government imposed limits are necessary. (The Guardian)

Join Us To Reimagine Strategy. The Palladium Positive Impact Summit 2018 will explore how economic and social value can be placed at the heart of your strategy, welcoming progressive and ambitious leaders from across the world. Dr Robert Kaplan and George Serafeim will examine Palladium’s new ground-breaking roadmap for implementing strategies that focus on the critical components of transformational change: sustainable supply chains, access to difficult to reach markets, and bridging the skills gap.