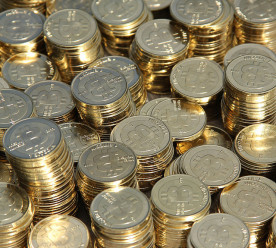 The New York City government is suing the world’s five largest publicly traded oil companies, seeking to hold them responsible for present and future damage to the city from climate change. The suit, filed Tuesday against BP, Chevron, Conoco-Phillips, ExxonMobil and Royal Dutch Shell, claims that the companies collectively produced 11% of all global-warming gases through the oil and gas products they have sold over the years. It additionally charges them, and the wider industry, with having known about and obscured the consequences of these emissions for a significant period of time. This legal strategy has already been utilised by several California cities and counties. Mayor Bill de Blasio commented that “The city of New York is taking on these five giants because they are the central actors, they are the first ones responsible for this crisis and they should not get away with it anymore.” (The Washington Post)

The South Korean government is preparing a bill to ban trading in all cryptocurrencies including bitcoin. On any given day, South Korea accounts for as much as 20% of all bitcoin trades around the world with the announcement made by Justice Minister Park Sang-ki prompting bitcoin to fall sharply. The digital currency, known for its volatility, dropped around 14% before recovering slightly in early afternoon trading in Asia. Another popular cryptocurrency in South Korea – Ethereum – also fell 14% following the announcement in which Park likened cryptocurrency trading to speculation and gambling. Whilst the announcement failed to include details of when the bill would come into effect it represents the South Korean government’s move towards greater regulation of digital currencies, with a new law introduced in December to give authorities the power to shut down bitcoin exchanges. (CNN)

Millions spent each year to prevent forced labour amount to little as they fail to address the root causes of exploitation, such as poverty and poor sourcing practices by businesses. A report published by Beyond Trafficking and Slavery, an organisation that tackles forced labour issues, and the University of Sheffield outlines that stronger safety nets, like a universal basic outcome, are needed to make people less vulnerable to exploitation. Alex Trautrims, head of the Rights Lab, suggests that better auditing is required to root out forced labour in supply chains, “Modern global supply chains can often be complex, fragmented and anonymised – making it difficult for businesses to identify slavery in the more remote parts of their supply chains.” (Thomas Reuters Foundation)

State development approval has been given for SolarReserve’s AU$650 million, 150 megawatt Aurora solar thermal plant, to be built 30km north of Port Augusta. The power plant will be able to generate 500-gigawatt hours of energy annually, providing power to around 90,000 homes, with eight hours of full load storage. Utilising multiple heliostats to focus solar energy onto a single central tower, that uses molten salt technology to store the heat before creating steam that turns a turbine and generates electricity, the plant will displace the equivalent of 200,000 tonnes of CO2 annually. This development follows on from South Australia’s partnership with Tesla last year through which the world’s largest single battery unit, capable of powering 30,000 homes, was installed. (The Sydney Morning Herald)

The Chinese Ministry of Environmental Protection has announced that China will enforce new standards governing imports of 11 types of foreign solid waste from the 1st of March. This move follows China’s statement to the World Trade Organisation (WTO) last July that it would impose a ban on imports of certain kinds of solid waste, “foreign garbage”, by the end of 2017 in order to protect China’s environmental interests and people’s health. New thresholds for impurities in imports of waste such as smelt slag, scrap paper and scrap metal will be set accordingly, for example 1% for non-ferrous metal and 0.5% for paper, ferrous metals and waste electric motors. In a statement on its official Wechat account, the ministry also said it would tighten control of radioactive contaminants in the imported waste. (Reuters)

Image Source: bitcoin by Steve Garfield on Flickr. CC BY 2.0