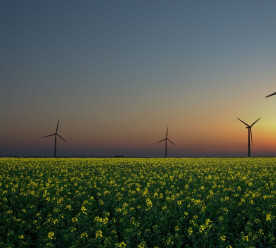 Just 100 companies are responsible for more than 70% of the world’s greenhouse gas emissions since 1988, according to a new report. Published by CDP (formerly the Carbon Disclosure Project) in collaboration with the Climate Accountability Institute (CAI), the Carbon Majors Report focuses on fossil fuel producers to highlight the role companies and their investors could play in tackling climate change. ExxonMobil, Shell, BP and Chevron are identified as among the highest emitting investor-owned companies since 1988. The Carbon Majors project aims at both improving transparency among fossil fuel producers and helping investors understand the emissions associated with their fossil fuel holdings. Although oil and gas companies have started to embark on green investments, many argue that the sums involved and pace of change are nowhere near enough. (Guardian)

HP pledges $20 million to improve education outcomes across the world

In line with its commitment to improve access to quality education and lifelong learning, tech firm HP has pledged $20 million in technology, training R&D and funding contributions between 2015-2025. The pledge of support works towards the achievement of Goal 4 of the UN Sustainable Development Goals, improving access to quality education in an effort to break the cycle of poverty. HP aims to reinvent the classroom through the creation of new technology solutions for schools. To achieve this, it will expand programs such as HP World on Wheels, which brings digital literacy to rural India through mobile learning labs. HP’s pledge follows its recent new partnership with Thread, a B corporation that transforms trash from the developing world into recycled fabric, and the First Mile Coalition. (Sustainable Brands)

Tesla is to build the biggest-ever lithium ion battery in South Australia. The 100 megawatt battery will enable to store excess energy generated by wind farms when electricity demands are low, then feed it back into the grid during peak hour. South Australia has adopted renewable technologies faster than any other state in Australia, but repeated blackouts have sparked uncertainties about their reliability. In March, Tesla founder Elon Musk offered to fix the problem with a large-scale version of a Tesla car battery. The launch date is expected to be in December 2017. The battery will be made up of thousands of Tesla car lithium ion batteries packed into hundreds of refrigerator-sized units spread across a field. Combined, they will be able to power 30,000 homes. (New Scientist)

Google gears up to receive first wind power from Norway

Google-owner Alphabet is expecting to begin receiving power by early September from Norway’s largest onshore wind farm, according to reports. The US tech giant signed a 12-year deal last year to purchase 100% of the output from the 160MW project, which will encompass 50 turbines once completed. All the power from the wind farm is expected to be used to help power Google’s four European data centres in Finland, Belgium, the Netherlands, and Ireland. Meanwhile, Google has also bought the future output of a 22-turbine wind farm in Sweden, will bring its total capacity of renewable power purchases in Europe to 500MW. Google and Alphabet have been investing heavily in renewables in recent years, which is illustrating the major trend among the world’s tech giants to commit to sourcing 100% renewable power over the coming decade. (Business Green)

Read more: in our recent article “Sourcing Renewable Energy for Your Business: Worth its Weight in Gold/Green“