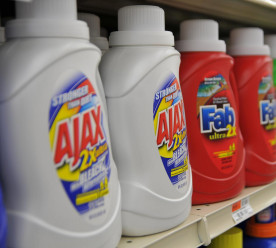 Royal Dutch Shell has agreed to buy one of Europe’s biggest electric vehicle (EV) charging companies, NewMotion, a Netherlands-based provider of more than 30,000 private EV charging points as well as 50,000 public sites. The move is the biggest yet by “big oil” into the EV refuelling market, after the purchase earlier this year of PitPoint – a provider of natural gas refuelling and operator of EV charging points – by Total. While Shell has started to install charging stations across its 45,000 branded service stations, NewMotion will be geared towards private charging points – at homes and offices, where “at least 80%” of EV charging is expected to take place, noted Sytse Zuidema, NewMotion’s CEO. Commenting about the acquisition, Matthew Tipper, Shell’s Vice-President for new fuels said that although the deal was “not large in the context of [Shell’s] overall capital spend”, it was nevertheless “meaningful” as it positioned the company for the future. (Financial Times)*

California to require broad disclosure of chemicals in cleaning products

Manufacturers of household cleaning products will have to clearly disclose their ingredients online, including any hazardous chemicals, by 2020 and on the products’ label by 2021 under a new California law. The law, signed by Governor Jerry Brown, is believed to spark a national discussion about the rights of consumers to know what dangerous chemicals or allergens may be in common cleaners. California’s size and prominence could trigger changes from major manufacturers in how they market their products across the nation. “People around the country and especially Californians are demanding more disclosure about the chemicals in products we use,” said state Senator Ricardo Lara, the bill’s author, who added that “science [was] clear” about how cleaning product chemicals affect people with pre-existing conditions such as allergies or asthma. (LA Times)

At least eight resolutions focusing on social or environmental issues have landed for consideration at seven Australia Stock Exchange (ASX) 200 companies, as the peak annual meeting season is approaching. Carefully-crafted by NGOs, the resolutions concern Santos, Oil Search, Woolworths, Downer EDI, Origin Energy, BHP and the Commonwealth Bank. While they typically attracted miniscule favourable votes from many Australian investors and proxy advisors, the resolutions have sparked attention on climate risk disclosure, following moves offshore by big investors such as BlackRock, Aviva Investors and the UK’s Legal & General Investment Management. Some of them are also pushing companies to adopt the recommendations of the TCFD within their reporting system. Wider activist groups and NGOs are poised to make use of the tactic on a broader range of environmental and social issues. (Sydney Morning Herald)

Super-sized chocolate bars will be removed from hospital shops, cafes, canteens, kiosks and vending machines under new targets to fight the “super-size snack culture”, the head of National Health Service (NHS) England has pledged. Hospitals will also receive extra funding if they limit most sweets and chocolates on sale to a maximum of 250 calories, under the plans. The Royal Voluntary Service – the biggest hospital retailer across the UK – said that the early introduction of the schemes had boosted sales of sushi and salad by 55%, with fruit sales up by one quarter. Tam Fry, from the National Obesity Forum, said the measures were welcome and called to consider removing all products with added sugar for hospital inpatients. “Sugar is the new tobacco: ban it”, he added. Almost 700,000 NHS employees out of 1.3 million are thought to be overweight or obese, along with two in three adults in the general public. (Telegraph)

Businesses and public organisations have been given streamlined access to purchase carbon credits generated from impact projects across the globe “with one click”, after the Gold Standard issued an online platform to purchase credits. Previously, purchasing carbon credits from Gold Standard – set up by WWF in 2003 – had to be done through third-party applications. Gold Standard’s chief executive Marion Verles said that “members of the public who want to make a positive difference in the fight against climate change can [now] offset their carbon footprint and help improve lives within seconds by supporting these projects online”. More than 80 non-profits have partnered with the initiative while the new The Gold Standard for the Global Goals has ensured that projects quantify, certify and maximise the business contributions to the development of the SDGs. (edie)