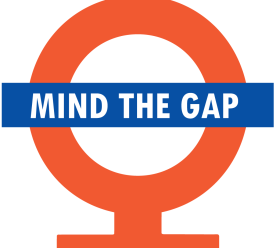 The British reporting rules — which will require employers in England, Scotland and Wales with 250 or more workers to publish their mean and median gender pay gaps for salaries and bonuses- come into force in Britain on Thursday to try to tackle workplace discrimination. But there are big gaps in the requirements on UK companies that could undermine progress according to Libby Lyons, the head of Australia’s workplace equality watchdog. Australia introduced similar but more sweeping rules in 2013 and although these did much to raise awareness, it did reflect that to make further progress, companies should offer more flexible work options to men, as well as women, while men should take on a greater share of care work in the home. Lyons arned there were significant gaps in policy compared with the reporting requirements in Australia. “The pay gap is only one part of the gender equality problem,” she said. The UK government this year rejected recommendations by a committee of MPs to introduce measures such as supporting parents to share childcare equally and helping women get back into work after career breaks. (Financial Times)*

London to bring forward new levy on most polluting vehicles

London Mayor Sadiq Khan plans to charge the most polluting cars and vans a daily fee of £12.50 to enter the city centre from 2019. The asthma-sufferer, who was elected less than a year ago, has promised to make London one of the greenest cities in the world with more electric buses and charging points for cars. An Ultra Low Emission Zone (ULEZ), in which cars must meet stringent emissions standards to enter or pay a charge, will now be rolled out from April 2019 instead of September 2020 as previously planned by his predecessor. “The air in London is lethal and I will not stand by and do nothing,” Khan said. The mayor will also launch a consultation to expand the zone to the whole of London from 2020 for buses, coaches and lorries. Several cities such as Paris, Stuttgart, Athens, Brussels and Madrid are trying to crack down on polluting vehicles by proposing bans, fines and restrictions, partly in response to reports of poor air quality harming people’s health. (Reuters)

Legal & General Investment Management (LGIM) has warned it will vote against company boards which fail to embrace the transition to a low carbon economy. One of Europe’s largest investors with more than $1tr of assets under management, LGIM said today it last year raised sustainability and climate change topics at 47 per cent of company meetings, up from 35 per cent during the previous year. In the company’s annual corporate governance report, the firm also underlined its commitment to its Climate Impact Pledge, which states “will see companies excluded from its Future Fund range if they fail to embrace the transition to a low carbon economy”. Overall, LGIM today revealed it voted against at least one resolution at a quarter of UK companies in 2016, with climate change one of the top five themes it discussed at its 500 board meetings last year. Director of corporate governance at LGIM, Sacha Sadan, said the company’s collective voice on climate change issues “can carry a lot of weight”. (BusinessGreen)

Bisphenol A’s (BPA) recent ban from baby feeding bottles in India and 35 other countries has triggered more awareness on the ill-effects of the bubble. This fact has triggered that corporates involved in the sale of bubble tops are moving towards PET — with increased life span and greater resistance to heat. Research has also emerged that containers containing BPA could be carcinogenic and cause liver damage.  N C Saha, director, Indian Institute of Packaging says repeated washing of the polycarbonate containers in hot water would leach out BPA, causing harm. “Close to 15 corporates — including Diageo United Spirits, Eureka Forbes —are now using PET bubble tops. In addition to being BPA-free, they have a longer life span, hence reducing the impact on the environment and cutting down on the cost,” said Atit Bhatia from container manufacturer Petainer Innopac. Bhatia added that the overall cost is reduced by over 30%-40%, compared to the conventional bubble tops. (Times of India)