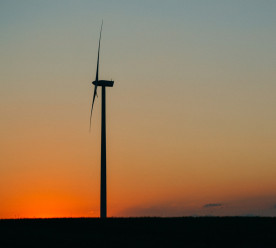 Apple’s Vice President of Inclusion and Diversity, Denise Young Smith, has sent an apology to team members over her “choice of words” at a panel on diversity and inclusion. Speaking last week, Smith said that diversity should not be “tagged to the people of colour or the women or the LGBT”, adding: “There can be 12 white, blue-eyed, blonde men in a room and they’re going to be diverse, too, because they’re going to bring a different life experience and life perspective to the conversation.” Her comments attracted criticism for their focus on so-called “cognitive diversity”. They came months after a Google employee was fired for publishing an anti-diversity memo, which included the line, “Viewpoint diversity is arguably the most important type of diversity.” In her email apology, Smith stressed that Apple’s commitment to “fostering and promoting opportunity and access for women, people of color and the underserved and unheard” was unchanged. (Tech Crunch; New York Times)

The Responsible Sourcing Network (RSN), a project of the non-profit organisation As You Sow, has released a report analysing 206 US companies’ due diligence regarding the use of conflict materials in their supply chains. RSN’s ‘Mining the Disclosures’ report conducted a year-on-year comparison of companies’ SEC conflict materials filings under the Dodd-Frank Act. It found a decrease in almost all participants’ scores, particularly in terms of risk identification and supplier verification. The technology sector dominated the ranking, outperforming all other industry groups analysed. On the other end of the spectrum, Oil & Gas, Steel, Business Services and Building Materials received the lowest scores, reflecting a compliance-only focus, instead of the proactive, due-diligence-based strategies implemented by the top five leading companies: Intel, Microsoft, Qualcomm, Apple and Royal Philips. (Sustainable Brands)

Volkswagen’s failed attempt to secure at least five years’ supply of cobalt highlights the challenge facing the world’s biggest carmakers as they try to secure the materials needed for their push into electric vehicles. Other carmakers such as BMW and Tesla Motors are also trying to lock-in stocks of the metal. This could test to breaking point a niche market that is heavily dependent on a handful of mines in the Democratic Republic of Congo, one of the most impoverished and politically volatile countries in Africa. Demand for cobalt in electric vehicle batteries is expected to grow fourfold by 2020, and eleven-fold by 2025, according to Wood Mackenzie. Unsurprisingly, miners are reluctant to sign long-term supply deals in a rising price environment with a single customer. Future cobalt supply is dependent on a few mining companies including Glencore, China Molybdenum, and Eurasian Resources Group, which are all operating in the DRC. (Financial Times*)

A report released by the Canadian Indigenous Network on Economies and Trade argues that Texas-based Kinder Morgan has misled financial backers about the risks of expanding its TransMountain pipeline, almost half of which runs across “unceded” Secwepemc territory. The controversial expansion would carry tar sands crude from Alberta to British Columbia’s coast and nearly triple capacity on an existing pipeline, locking in expanded production of one of the world’s most carbon-intensive oils. The report details “significant legal, financial and reputation risks” regarding plans to build on lands whose ownership is hotly contested, which it says have been downplayed by Kinder Morgan in its dealings with Canadian and international banks. Banks are increasingly rethinking their investments in the tar sands – French bank BNP Paribas pledged last week to stop financing pipelines carrying tar sands oil, following similar moves by Dutch bank ING and Sweden’s largest pension fund AP7. (Guardian)

Australia plans to ditch its clean energy target aimed at curbing greenhouse gas emissions in favour of coal power generation, in a scheme that echoes US President Donald Trump’s energy policies. Under the proposed policy shift, energy companies in Australia would be required to deliver a certain level of dispatchable power from ready-to-use sources such as coal, gas, hydro or batteries. Canberra would also phase out subsidies for renewable energy from 2020 in a move that critics warn could dent Australia’s ability to meet its emissions reduction targets under the Paris climate agreement. “Past energy plans have subsidised some industries, punished others and slugged consumers,” said Malcolm Turnbull, Australia’s prime minister. “Our plan has no subsidies, no certificates and no tax.” In 2014, Australia became the first country to repeal a carbon tax – a move that has prompted a rise in emissions. (Financial Times*)