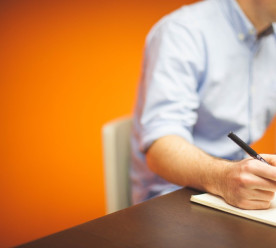 As British companies prepare to make public the difference between what their male and female employees earn, early reports from a handful of companies have revealed pay gaps as high as 36 percent — twice the national average. Virgin Money disclosed that men who work at the bank earn, on average, 36 percent more than women. At asset manager Schroders Plc, the pay gap was 31 percent. Utility SSE Plc reported an average pay gap of 23.4 percent, and consulting firm PwC said it found a 15 percent difference in pay. The national pay gap is a little more than 18 percent, according to government statistics. While women hold 60 percent of the lowest-paying jobs, men make up 60 percent of the top paying posts, according to data from the Confederation of British Industry. “The way men and women are segregated into different job functions is the biggest driver of the gender wage gap,” said Andrew Chamberlain, chief economist at Glassdoor Inc. (Bloomberg)

Chief executives from 27 of the world’s major businesses have promised to adopt new climate disclosure rules set out late last year by the Financial Stability Board’s Task Force on Climate-related Financial Disclosures (TCFD). Firms including Unilever, Accenture, Schneider Electric and HSBC announced on Friday they will adopt the new guidelines, which are designed to encourage companies to be more transparent about the material financial risks they face from climate change.  In a statement signed by the CEOs of all 27 companies, the business leaders said more transparency over climate risk is critical to delivering on the Paris Agreement and maintaining the stability of the financial markets. The TCFD’s guidelines were published in December last year, and aim to provide a set of “voluntary, consistent” climate-related financial disclosure guidelines to help investors, lenders and insurance underwriters better understand material risks. BlackRock and Aviva have warned they are prepared to vote against company management if concerns over climate risk are repeatedly ignored. (Business Green)

The world’s largest retailer has launched a sustainability platform which aims to slash one billion tonnes of emissions from its supply chain by 2030, as the company’s latest CSR report reveals that 40 million tonnes of CO2 emissions have been avoided in the past decade. Walmart‘s Project Gigaton initiative will provide an emissions reduction toolkit to reduce the carbon impact of areas such as manufacturing, materials and use of products. The pledge to eliminate one billion tonnes of emissions is equivalent to taking more than 211 million passenger vehicles off US roads for a year, and is more than the annual emissions of Germany. The project will enlist the support of NGOs including WWF to create the emissions reduction toolkit, highlighting the business case for suppliers to get involved with the project.  Other partnerships that Walmart is actively involved in includes ones with non-profit Feed America, contributing to food donation programmes, and a partnership with Tesla to develop energy storage systems. (Edie)

In advance of Earth Day on April 22, Gap announced a new commitment to obtain 100 percent of its cotton from more sustainable sources by 2021. Athleta, whose assortment predominantly features technical fabrics, has also announced a commitment to use fibres that are better for the planet: by 2020, 80 percent of the brand’s apparel materials will be made with sustainable  fibres. To achieve its new cotton goal, Gap will continue to partner with the Better Cotton Initiative (BCI), which works with farmers to improve cotton production for the people who cultivate it, the environment, and the cotton sector’s future. Gap’s new commitment will also include the use of other sustainable cotton such as organic, recycled and American-grown.  Athleta will meet its new 2020 goal through a focus on partnering with fibre and manufacturing suppliers on innovative solutions. It will also target more efficient fabric dyeing and finishing techniques to save water; help empower the women who make its clothes and reduce waste at the brand’s stores and HQ. (Apparel Magazine)

A US start-up that sells a wi-fi connected juicing machine for $399 (£310), has offered refunds after the gadget was mocked on social media. Juicero makes the bulk of its sales by supplying pouches of pre-cut fruit and vegetables which fit the contraption. But the product was ridiculed by some after it emerged how the sachets could be squeezed just as easily by hand. The company has now has now given customers the chance to return the machine and get their money back. The San Francisco firm raised around $120m in funding ahead of its launch last March. It said it was hoping to tackle nutrition and obesity problems, with investors also inspired by the success of businesses like Nespresso which blend a one-time sale of hardware with repeat sales of consumables. Chief executive Jeff Dunn claimed the “hacking” of the pouches did not produce the same quality of juice, saying that not only was the machine calibrated to deal with different ingredients differently but it also “sent reminders to press produce packs before they expire”.  Not everyone was convinced by Mr Dunn’s defence of his product, making statements such as: “”Malnutrition and obesity are diseases that disproportionately impact the poor and you solve this by selling a $400 (formerly $699) juice press with $5-8 produce packs?”. (BBC)