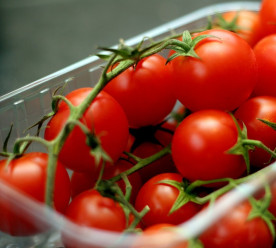 Britain’s biggest companies have been given four years to appoint one board director from an ethnic minority background as part of a package of measures outlined in a government-backed review into the lack of diversity at the top of corporate Britain. The target is voluntary, but companies that fail to comply will have to explain why. Sir John Parker, the chairman of the mining company Anglo American, who conducted the review, said it should be a wake-up call for major companies that only 85 of the 1,050 director positions in FTSE 100 companies were held by people from ethnic minorities. The companies in the FTSE 100 have been told to end their all-white boardrooms by 2021 while those in the FTSE 250, the next tier of companies on the stock market, have until 2024. (Guardian)

How carbon pricing is becoming ‘the norm’ for large corporates

The number of companies using internal carbon pricing to assess and control the carbon impact of their operations has jumped eightfold since 2014, according to new research from CDP, with now more than 1,300 firms using or planning to introduce such a scheme in the next two years. According to Nicolette Bartlett, CDP’s Director of Carbon Pricing, this rise is a sign that the roll out of carbon trading schemes across the world are starting to impact multinationals as well as smaller companies. However, she warned there are still wide disparities over how effectively it is deployed. Best practice approaches see firms include assumptions to raise the price over time, apply it to emissions across the value chain, and embed it within operational as well as capital spend. Yet “very few” companies are providing pricing assumptions beyond 2025. (Business Green)

Google has unveiled an initiative to help train Americans for jobs in technology and committed to donating $1 billion over the next five years to non-profits in education and professional training. Company employees will also volunteer one million hours at those non-profits. The ‘Grow With Google’ programme will create an online destination for job seekers to help them become proficient with technology and for businesses to improve their web services. Google detailed its job training program as Silicon Valley faces increasing criticism over what some say is an unchecked influence over business and society. Sundar Pichai, Google’s chief executive, unveiled the initiative at the company’s Pittsburgh office. He noted the city’s transformation from an industrial manufacturing centre to a hub of robotics and artificial intelligence engineering. (NY Times)

Centred around the theme, “United by Action: Catalysing the Sustainable Development Goals in Textiles”, more than 500 textile and apparel leaders have gathered to develop a 2030 roadmap for the industry at the Textile Exchange 2017 Textile Sustainability Conference. The event was accompanied by the release of the results of Textile Exchange’s Preferred Fibre Benchmark, which tracks companies’ usage of sustainable materials. 95 companies responded in 2017 – a 76% increase on 2015’s report. The findings highlight a shift towards preferred fibres, in particular in the usage of recycled polyester (up 58%), lyocell (128%) and preferred down (54%). The report argues how adopting these materials can advance many of the SDGs and shows that 30% of reporting companies said they were aligning corporate strategies to the SDGs. (Sustainable Brands)

Up to 87% of undamaged, edible tomatoes harvested from a commercial Queensland farm, Australia, were wasted based on appearance, a study has found. Environmental scientist Tara McKenzie said that at every point in the supply chain, edible tomatoes that were slightly odd-shaped, marked or deemed too small or too large were rejected because they didn’t meet market standards. While supermarkets are partly responsible for demanding unblemished products, the study noted “asymmetric business practices and consumer purchasing behaviour” as the “fundamental cause of high food loss and waste”. Between 70% and 84% of tomatoes grown were left in the field, because the cost of harvesting and supplying them to market was greater than any profit to be made. The government estimates food waste costs the Australian economy $20 billion each year. (Guardian)