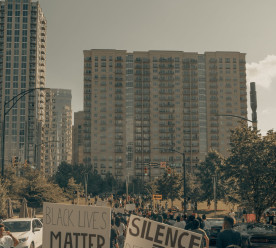 Bank of America has pledged $1 billion over the next four years to address economic and racial inequality amid the backdrop of widespread unrest over racial inequality in the US. The funds will be directed to programs that focus on health, jobs, small businesses and housing, particularly in communities with many people of colour, the bank said. Those efforts may include virus testing and other health services, partnerships with colleges, support for small minority-owned businesses and recruitment in disadvantaged communities. Executives from almost every major bank and investment firm have spoken out about the death of George Floyd, an unarmed black man, at the hands of Minneapolis police last week. “The events of the past week have created a sense of true urgency that has arisen across our nation, particularly in view of the racial injustices we have seen in the communities where we work and live,” Bank of America Chief Executive Officer Brian Moynihan said in the statement. (Bloomberg)

The world’s largest urban farm is opening in the French capital and will soon produce around 1,000kg of organic produce every day. The 14,000sq m farm atop the Paris Expo Porte de Versailles, an exhibition centre in the south-west of the city, will be the largest urban rooftop farm in the world – and the largest urban farm of any kind in Europe. The city farm is at the heart of an urban food revolution in the French capital, which will see 100 hectares of vegetation planted across Paris by the end of the year. The project is being run by urban farming company Agripolis, which opened its first farm in the city in 2017. Agripolis’ farms use a vertical system which is closed- loop, doesn’t waste any water, and doesn’t use pesticides. “We don’t throw anything away,” says Pascal Hardy, the founder of Agripolis, who only entered the world of urban farming in 2015 by growing vegetables on the roof of his Parisian apartment. (Positive-news)

Drinks firm Lucozade Ribena Suntory (LRS) has announced it is to invest over half a million pounds in a five-year project with the James Hutton Institute in Scotland to develop new varieties of climate-resilient blackcurrant. LRS, which uses 90 per cent of the blackcurrants grown in Britain to make its Ribena brand squash. Previous research from the Institute has highlighted the threat climate change poses to blackcurrant farming, exploring how the plants need a period of sustained cold weather in the winter, without which they yield less fruit and have a shorter lifespan. As such, the crop is under particular threat given the UK has just experienced its warmest decade on record and scientists are warning that mild winters and hot summers combined with drought conditions will become increasingly common. The new five-year research programme aims to explore how new varieties of blackcurrants could better cope with the climatic changes the UK is facing. The research partnership should also deliver benefits for farmers by helping them improve the sustainability of their crops and boost yields. (BusinessGreen)

Swiss voters look set to get the final say on whether Swiss-based companies should be liable for human rights abuses and environmental violations in operations outside Switzerland. As consumers become increasingly aware of whether products they buy harm the environment or exploit child labour, Swiss politicians are under pressure to find an economically viable counterproposal to a far-reaching constitutional amendment put forward by the ‘Responsible Business Initiative’ campaign. Proponents of the initiative want Swiss companies to apply mandatory due diligence to identify risks to people and the environment in all their business, even involving suppliers abroad, and let victims seek redress in Switzerland. Many businesses reject the changes, saying they would lead to a flood of legal cases. Under Switzerland’s direct democracy, supporters can force a binding referendum if they gather 100,000 voter signatures. (Reuters)

Activists have condemned the conviction and jailing of an indigenous farmer in Sumatra whose community is embroiled in a long-standing land dispute with paper giant Asia Pulp & Paper (APP). On May 18, a court in Bengkalis district, Riau province, sentenced 58-year-old Bongku, from the Sakai indigenous tribe, to one year in prison and ordered him to pay 200 million rupiah ($13,800) in fines for cutting down acacia and eucalyptus trees planted by PT Arara Abadi (AA), a subsidiary of APP. While the company holds the concession to the land, the Sakai settled it decades earlier and the land remains contested. AA’s concession spans an area larger than the size of Luxembourg; Bongku had cleared half a hectare, chopping down 20 of the company’s pulpwood trees near his home in Duluk Songkal village to plant sweet potatoes for his family. Bongku’s supporters have taken issue with prosecutors charging Bongku under a 2013 forestry law that was drafted to tackle illegal logging by organized syndicates. (Eco-Business)

Image Source: people walking on street during daytime by Clay Banks on Unsplash.