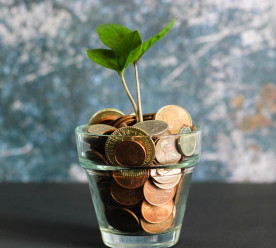 More than 100 environmental NGOs and one million European citizens have joined the calls for the European Union (EU) to stimulate the economy through massive green investment efforts. Spearheaded by the Green 10 coalition, more than 1.2 million people have joined campaigns at avaaz, WeMove Europe, and SumOfUs to support a green economic recovery in Europe. Green 10 has sent a letter to European Commission president Ursula von der Leyen, calling on the bloc to mobilise the world’s largest green investment fund to spur a low-carbon recovery from the economic crisis caused by the coronavirus. At a European level, the Green New Deal includes a 50-55 percent emissions reduction target for 2030; a climate law to reach net-zero emissions by 2050; and a transition fund worth €100 billion and a series of new sector policies to ensure all industries are able to decarbonise. (edie)

British multinational groceries chain Tesco has found abuses against migrant workers at its stores and distribution centres in Malaysia and Thailand, it said in its annual modern slavery statement. The company listed allegations based on interviews with 168 migrant workers in Malaysia and 187 in Thailand that included passport retention, unexplained and illegal wage reductions, heavy indebtedness to labour brokers and excessive overtime work. In Malaysia, the passports of 68 Indonesian and 171 Nepali workers were withheld, while 15 passports and up to 30 work permits were withheld by a supplier in Thailand. Tesco also found that levels of indebtedness to service or labour providers were higher in Malaysia. The firm has developed a plan to look further into the situation, including detailed investigations of specific allegations, setting up support lines and grievance mechanisms for agency workers in their home languages and guidelines to ensure workers have access to passports whenever needed. (Thomas Reuters Foundation)

A large NGO collective has called on Indonesian paper giant Asia Pulp and Paper’s (APP) business partners to walk away from deals with the company, claiming it has failed to live up to a commitment to avoid using intimidation, violence and abuse to manage social conflicts. Some 90 local and international NGOs called on APP’s business partners to suspend deals with the company after APP-owned industrial pulpwood firm PT Wirakarya Sakti (WKS) was alleged to have sprayed herbicide on crops belonging to farmers in the village of Lubuk Mandarsah in Jambi province, Sumatra. This is the latest chapter in a long land dispute between APP-owned WKS and a village in Sumatra.  The incident comes five years after a 23 year-old farmer was killed by security guards working for WKS. Tensions flared again last year when WKS reported a farmer to the police for encroaching on the company’s land, while a villager accused WKS of harvesting too close to their farm. (Eco-Business)

London Mayor Sadiq Khan has announced plans to transform parts of central London into “one of the largest car-free zones in any capital city in the world”, as part of a sweeping set of measures to support safer walking and cycling for workers as the battle against coronavirus continues. The Mayor of London said the plans would create more space for social distancing to assist people returning to work in the centre of the city, with some streets restricted to walking and cycling only, and others limited to buses as well as pedestrians in order to boost “safe and sustainable travel”. Work on the road closures is set to begin immediately and is expected to be completed within six weeks, City Hall said. Transport for London has already added around 5,000 square metres of extra space on footpaths across London, but now cars may be banned altogether from Waterloo Bridge, London Bridge, and streets in Shoreditch, Euston, Old Street and Holborn, it said. (Business Green)

Beverage giant Pernod Ricard has moved a target to end the use of single-use plastic point-of-sale (POS) items forward four years, pledging to reach the ambition by 2021. Pernod Ricard had pledged to remove all single-use POS plastics by 2025 under a global sustainability strategy launched in April 2019. However, the beverage company, which owns brands such as Absolut Vodka, Malibu and Kahlua, has pushed the target forward in order to accelerate progress against its sustainability agenda. Pernod Ricard has shared guidelines with its 90 affiliates specifying which materials can no longer be used and how they can be replaced. Pernod Ricard, a member of the Ellen MacArthur Foundation’s New Plastics Economy, is also targeting improved packaging recyclability. By 2025, Pernod Ricard will target 100 percent of its packaging to be recyclable, compostable, reusable or bio-based. By 2030, five new closed-loop methods of distributing its wine and spirits will be introduced to increase recycling rates in the firm’s 10 largest markets that have low recycling rates. (edie)