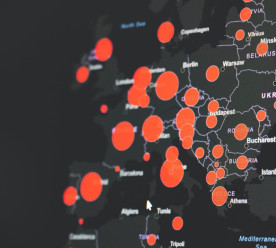 The world is heading for a “climate lockdown” unless businesses, investors, and governments rapidly act to address the mega-risks from the inevitable escalation of climate policies in the coming years, warn leading global investor and climate groups Principles for Responsible Investment (PRI) and Climate Works Foundation. In a joint article for BusinessGreen, Fiona Reynolds, CEO of $86tr UN-backed investor group PRI, and the Climate Works Foundation director Ilmi Granoff argue that while business leaders are inevitably focused on tackling the global pandemic further climate-driven disruption is inevitable in the future. They argue that a forceful, disruptive, and disorderly policy response to climate change is far more probable than businesses and investors are expecting, and firms must therefore act rapidly to create actionable strategies to prepare for these “mega-risks”. The pair also stated that lessons must be learned from the collective failure to adequately prepare for the coronavirus crisis despite repeated warnings, in order to prepare for the looming climate crisis and impending shift away from carbon-intensive activities. (Business Green)

BP calls on governments to ‘press ahead’ with climate push

Oil and gas giant BP has called on governments to “press ahead” with commitments to tackle climate change even if they find their budgets under strain in the aftermath of the coronavirus pandemic. Brian Gilvary, BP’s chief financial officer, said it was critical countries act with “the speed we need” to avert a catastrophic rise in global temperatures but that he feared they would be too focused on tackling the financial fallout from the crisis. “I fear that as countries rebuild their balance sheet we won’t press ahead with the pace that we have to if we’re going to hit the 2-degree scenario,” Mr Gilvary said. BP has cut spending and costs, issued debt and delayed projects but Mr Gilvary reiterated a pledge made by the company’s new chief executive, Bernard Looney, that the company is “absolutely committed to net zero and we will get to net zero by 2050”. (Financial Times)*

The UN’s International Labour Organisation (ILO) urged Indian states thinking of relaxing workers’ rights to help industry survive the coronavirus to consult workers first as a union linked to India’s ruling party said it would protest the planned moves. Six states, including most populous Uttar Pradesh and the commercial hub of Gujarat, have said they plan to suspend some laws on wages and working hours to help industry recover from a seven-week lockdown. “Certain states in India are moving towards relaxing labour laws with a view to revitalize the economy from the impact of COVID-19,” the UN’s International Labour Organisation said in an emailed statement on Thursday. “Such amendments should emanate from tripartite consultation involving the government, the workers’ and the employers’ organisations and be compliant with the international labour standards.” In April, the government in Gujarat allowed factories to increase workers’ shifts from eight to 12 hours. (Reuters)

Flights that use non eco-fuels should be more expensive, says Heathrow chief

Passengers should pay higher flight taxes if their plane is using traditional fuel compared to sustainable alternatives, the chief executive of Heathrow has said. The viability of sustainable aviation fuels (SAF) has grown significantly in recent years, but their commercial use has been limited, partly because of the relative affordability of kerosene. Writing in an essay collection for think tank Bright Blue and WSP UK, John Holland-Kaye said the Government should make the UK a world leader in creating alternative fuels by 2030 and “shape” Air Passenger Duty, “to make SAF viable for UK airlines, even if they act first, given the differential with kerosene.” Mr Holland-Kaye said investment in alternative fuels would help the industry to “build back better”. He said the UK could become a global leader in the production of biofuels by 2035, which could create 18,800 jobs in parts of the north, Wales and Scotland, generating £2.7 billion. (The Telegraph)*

China’s air quality saw “incomparable” improvements in the first quarter of this year as the coronavirus outbreak led to rapid declines in industrial activity and transportation, an environment ministry official has said. The number of “blue sky days” rose by 6.6 percentage points in the first quarter of 2020, said Liu Bingjiang, head of the air pollution office at the Ministry of Ecology and Environment. “That was a level we didn’t even dare imagine,” he said, noting the target for the whole 2016-2020 period was 3.3 percentage points. With millions staying home, concentrations of small lung-damaging floating particles fell by nearly 15% in more than 300 Chinese cities in the first three months of the year, according to official ministry data. Emissions in the city of Shanghai fell by nearly 20% in the first quarter while Beijing’s average emissions levels stood still in the first three months of the year, the data showed. (Reuters)