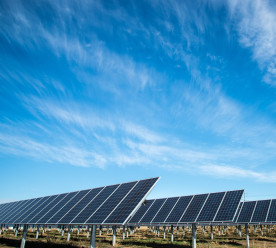 More than 150 business giants, including Carlsberg, H&M and Pernod Ricard, with a combined market capitalisation of more than $2.4 trillion, have signed a joint statement calling on all governments to align coronavirus economic responses to climate science. Convened through the Science Based Targets initiative (SBTi), 155 companies representing more than five million employees globally have signed a statement urging governments to focus on a green recovery by aligning Covid-19 economic responses with the latest climate science. The companies, which also include Coca-Cola European Partners, JLL and Sky, are calling for policies that will build resilience against future climate shocks and risks by supporting the ambitions of the Paris Agreement to limit global temperature rise to within 1.5C above pre-industrial levels. This, in turn, would support a global transition to net-zero emissions by 2050 – the date of the UK and EU’s net-zero targets. (edie)

BlackRock has been accused of double standards after it refused to back landmark environmental resolutions at two big Australian oil companies just months after the world’s largest asset manager warned global warming represented a risk to markets unlike any previous crisis. The $6.5 trillion fund manager’s voting record at annual meetings has been closely scrutinised following chief executive Larry Fink’s letter to companies in January, where he announced BlackRock would put sustainability at the heart of its investment process and argued climate change could lead to a “fundamental reshaping of finance”. But campaigners argued the asset manager was paying lip service to tackling climate change after it voted against resolutions calling for Woodside Energy and Santos to set targets in line with the Paris agreement and to disclose their lobbying. BlackRock’s lack of support was out of kilter with many other investors. Some 43 percent supported a resolution to require Santos to set Paris-aligned targets while more than half backed a similar motion at Woodside. (Financial Times)

Waste and resource giant Viridor has announced that it has commenced feasibility work on a new project that would allow 30,000 tonnes of previously unrecyclable thin film plastic to be processed each year using a new technology that makes such materials ‘infinitely recyclable’. The company said it has signed a Memorandum of Understanding (MoU) with Plastic Energy, which will see the company explore whether to proceed with the project with a view to bringing the new facility online by the end of 2023. The plan would see a new Plastic Energy chemical recycling plant co-located with one of Viridor’s waste-to-energy plants. The Plastic Energy facility could then use low carbon energy from Viridor’s site to power its recycling process, which transforms traditionally non-recyclable plastic waste into hydrocarbon products (TACOIL) that can then be used to make virgin-quality plastics. Viridor would also provide waste low density plastic film to the facility, allowing it to recycle materials that were previously only useful as feedstock for energy conversion. (Business Green)

Around 300 homes in Scotland could soon have their heating and cooking powered by green hydrogen produced from renewable electricity under proposals for “the world’s first green hydrogen-to-homes network” unveiled today by SGN. The gas distribution network firm is seeking approval from energy regulator Ofgem to fit an initial 300 homes with hydrogen infrastructure in Fife, Scotland with construction earmarked to begin in late 2020 or early 2021, before estimated completion “within two to three years”. Dubbed H100 Fife, the project has passed the initial screening submission process for Ofgem’s annual Network Innovation Competition, and SGN said was now preparing to submit its full bid for funding this summer. If the bid is successful, SGN – which manages the gas network for 5.9 million homes and businesses across Scotland and the South of England – said it would have the green light to build a 100 percent zero carbon hydrogen network, with the H2 gas produced via electrolysis powered by an offshore wind turbine. (Business Green)

Large firms who borrow from the UK taxpayer will be banned from paying bonuses and dividends, according to the Treasury and the Bank of England. The limit on the Coronavirus Large Business Interruption Loan Scheme has been lifted from £50 million to £200 million. Firms who want more than £50 million will face restrictions until the loan is repaid. The Bank of England will implement the restrictions on the scheme it runs as well as seeking a letter from firms who wish to borrow for more than a year. It said big companies who require loans from the Bank’s Covid Corporate Financing Facility (CCFF) for a term beyond 19 May 2021 “will be expected to provide a letter addressed to HM Treasury that commits to showing restraint on the payment of dividends and other capital distributions and on senior pay”. As well as limiting dividends and cash bonuses to senior management – unless they were announced before applying for the government loan – companies will be prohibited from share buybacks. (BBC)

Measuring Social Impact Webinar: The recent outbreak of Covid-19 has impacted a great deal of people, and isolated many vulnerable people. Right now, companies have an opportunity to create really unique value for their communities by delivering much needed impact and support.

As an organisation dedicated to measuring social impact and investment in communities, LBG are running an exclusive webinar on the 26th May at 11am that will introduce you to the LBG Framework and show how it can be used to measure the impact of your community investment activities.