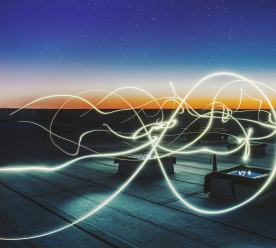 The International Energy Agency’s (IEA) latest report has stated that the outbreak of Covid-19 would wipe out demand for fossil fuels. The collapse of fossil fuel demand could lead global emissions to fall by 8 percent compared with 2019, a drop six times larger than the record fall after the financial crisis in 2009 to lows not seen in the past decade. According to the report, renewable energy is expected to grow by 5 percent this year, to make up almost 30 percent of the world’s shrinking demand for electricity. It also found that global energy demand was likely to plummet by 6 percent this year, the equivalent of losing the entire energy demand of India – the world’s third largest energy consumer. According to IEA’s executive director Fatih Birol, the growth of renewables despite a global crisis could spur fossil fuel companies towards their goals to generate more clean energy. Birol also called on governments to include clean energy at the heart of economic stimulus packages to ensure a green recovery. (The Guardian)

The European Parliament is gearing up for tough talks on the EU’s climate target for 2030, with a 65 percent emissions cut now firmly on the table. The 65 percent target was proposed by Swedish social democrat, Jytte Guteland, noting a higher benchmark than the 50-55 percent emission cuts promised by the European Commission as part of its Green Deal initiative. According to the UN emissions gap report, a 65 percent emission cut by 2030 would bring the EU’s climate action in line with the objective of the Paris Agreement to limit global heating to 1.5°C. Whilst environmental activists have applauded the move, the centre-right European People’s Party (EPP) said it was only ready to back a 50 percent emission target for 2030 but would not go further without a thorough cost-benefit analysis and comparable commitments from other big polluters such as the US and China. (edie)

Norway’s sovereign wealth fund will vote in favour of a resolution committing Barclays to tackling climate change at the bank’s annual general meeting, instead of a separate shareholder resolution. The climate-related resolution was put forward by the bank’s board in response to pressure from investors and the campaign group ShareAction which had put forward its own resolution. ShareAction was calling on investors to also back its own resolution to ensure the bank stops financing carbon emitters rather than merely taking offsetting measures. Norway’s wealth fund has long been pushing for the firms it invests in to disclose non-financial data, such as greenhouse gas emissions, and to find out how resilient their businesses would be to various climate change scenarios. The fund holds a 2.94 percent stake in Barclays which was worth $1.2 billion at the end of 2019. Except for ShareAction’s resolution, the fund said it would back all the other resolutions presented at Barclays’ AGM. (Reuters)

The internet’s main oversight body, the Internet Corporation for Assigned Names and Numbers (Icann), has blocked the $1.1 billion sale of the .org domain to a US private equity firm, following an outcry from activists and calls by politicians for the deal to be scrapped, as previously reported. Icann’s rules allow it to reject the transfer of a top-level domain if it believes it would jeopardise that domain’s security and stability. The Internet Society and Ethos Capital, the investment firm that tried to buy .org, said these concerns were not relevant to the proposed deal. Icann said it rejected the sale based on “a change from the fundamental public interest nature [of the registry] to an entity that is bound to serve the interests of its corporate stakeholders, and which has no meaningful plan to protect or serve the .org community”. (Financial Times*)

According to the National Audit Office (NAO) financial watchdog, efforts by the UK government to achieve gender equality through its aid programmes need to be better managed and more transparent. In a report, the NAO called out the Department for International Development’s (DfID) 12 year gender equality strategy as wide-ranging, but that it did not have a long-term, costed, implementation plan, which limits “its ability to assess progress and consider value for money”. In 2018, when the department launched its strategy, it estimated that two-thirds of bilateral aid, £4.2 billion, was spent on programmes that targeted gender equality as a policy objective – 71 percent more than in 2011. However, the watchdog said its analysis showed that 33 percent of this money had been incorrectly classified. The watchdog recommended DfID publish a plan for implementing its strategy setting out key milestones and planned achievements in the short, medium and long term. (The Guardian)