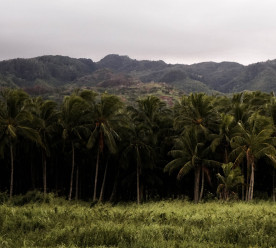 A letter signed by 25 NGOs across 11 countries has called on insurers to commit more to climate through “green and fair” recovery programmes in response to respond to the economic downturn caused by the coronavirus. The NGOs include Unfriend Coal, 350.org, AVAAZ and Oil Change International, with the letter being sent to board members of global insurer coalitions including, the Global Federation of Insurance Associations, the Pan-European Insurance Forum, the International Insurance Society and the Net Zero Asset Owners Alliance. The letter calls on the insurers to divest from fossil fuels and commit to phasing out oil and gas companies in line with the 1.5C pathway. Since 2017, almost 20 insurance companies have scaled back or ended insurance for coal projects, however the NGOs expressed concern that no insurer has a commitment to only support projects which are consistent with the needs of a 1.5C transition. Insurers have been given until May 18 to issue a public statement in response. (Edie)

The French government has announced that a bailout package for airliner Air France is contingent on it agreeing to ambitious new emissions goals. The move is poised to set a high bar for countries considering attaching ‘green strings’ to airline bailout packages. The government announced late last week that it would offer a €7 billion package of state loans and bank loans guaranteed by the state to the struggling airline. However, France finance minister Bruno Le Maire said the airline would have to halve carbon emissions per passenger and per kilometre against 2005 levels by 2030. Overall emissions from domestic flights would also have to be halved by 2024, which would effectively require a significant reduction in the number of short haul flights operated by the company. However, there is also some resistance, both within the industry and some governments, to attaching complex conditions to bailout packages given increasingly stark warnings that some major airlines could collapse within months, putting thousands of jobs at risk. (Business Green)

The Indonesian government has announced a requirement for smallholder palm oil farmers to seek sustainable certification alongside larger companies. Major plantation companies are already required to be certified under the Indonesian Sustainable Palm Oil (ISPO) scheme, in an effort to counter longstanding associations between Indonesian palm oil and deforestation, land disputes and labour rights abuses. Now, smallholder farmers, defined as those with farms smaller than 25 hectares (62 acres), will also have to seek certification, under a regulation updating the ISPO standard and signed by the president in March. They will have five years in which to comply. Indonesia’s smallholder farmers manage 40 per cent of the total oil palm plantation in the country. The main bureaucratic snag stopping smallholder farmers from being certified is the lack of title to their land. If the problem of illegal plantations is not solved by the 2025 deadline, then the new ISPO will be “a curse” for small farmers, according to Gulat Manurung, the chairman of the Indonesian Oil Palm Farmers Association. (Eco-Business)

Banking giant HSBC on Friday announced it would no longer finance new coal power stations anywhere globally, closing loopholes enshrined in its previous energy policy that allowed the lender to bankroll coal projects in certain developing nations. The finance group stated it had amended its policy aimed at phasing out coal support, removing the previous exemption of Bangladesh, Indonesia and Vietnam, which was slammed by activist groups in 2018. The new policy means the bank will cease its involvement in funding a planned coal project in Vietnam for which it was acting as global coordinator. However, the transition requires time and HSBC stated: “Most large companies have legacy operations that cannot simply be ‘turned off’ immediately, as well as new or planned developments and activities. Our approach creates the opportunity to support customers in their transition by directing finance to the right areas, while supporting the overall business.” (Eco-Business)

Flexible working will be norm after lockdown, say Barclays and WPP bosses

The chief executives of banking group Barclays and multinational WPP are predicting an end to crowded city centre offices and rush hours as flexible working becomes the new normal to keep the workforce healthy amid the Covid-19 crisis. Jes Staley, the chief executive of Barclays, said the bank would look at a more de-centralised approach to staff working, including the prospect of local branches becoming satellite offices for more employees. The view is echoed by Mark Read, the chief executive of WPP, the world’s biggest employer in the marketing and advertising sector with 106,000 staff. He said employees returning to work would be in offices at “substantially lower capacity with enhanced safety measures”. Barclays plans to first reopen its Hong Kong site, followed by offices in Singapore and Tokyo, while Europe is further down the list. Staley said there were practical issues to consider when figuring out how many people would be allowed in an office on any given day. (The Guardian)

Image source: Row of trees and mountain photo by Michael Olser on Unsplash