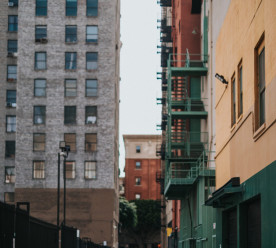 Don’t use taxpayer money to save polluting industries

The United Nations (UN) Secretay-General, António Guterres, has urged governments not to use taxpayer money to rescue fossil fuel companies and carbon-intensive industries. Guterres instead called for economic rescue packages to be devoted to businesses that cut greenhouse gas emissions and create green jobs. His call was echoed by Angela Merkel, the German chancellor, who led the meeting, which was also attended by the UK and China. Many countries are planning big investments in fossil fuel industries as part of their economic rescue packages. For instance, a bailout of the airline industry is set to go ahead in the US without conditions attached on their emissions, while the White House has moved to weaken environmental regulations. In China, subsidies for fossil fuel vehicles and the easing of permits for coal mining are also likely to raise emissions. Campaigners and experts have been calling for economic rescue packages to be directed towards environmentally sustainable ends and for sectoral stimulus cash to come with green strings attached. (The Guardian)

Empty and semi-empty offices, hotels, and shops are wasting huge amounts of energy during the coronavirus lockdown, according to findings published late last week. Energy performance consultants Carbon Intelligence revealed that energy use across a sample of 300 office, hotels, and retail buildings in the UK dropped on average by just 16 per cent in the last week of March, when the British government mandated that people socially distance, avoid travelling, and work from home. The findings come as overall power demand in the UK and further afield has otherwise dropped significantly. In early April, energy consultancy Ember revealed that every country in Europe had seen electricity demand fall in the weeks prior, down by around two to seven per cent on average per week. The poor energy savings in the UK’s commercial building stock are largely due to ventilation and heating systems, the study revealed, which together accounted for roughly half of buildings’ energy use. (Business Green)

The UK’s biggest betting and gaming companies are to cease advertising their products on TV and radio during the lockdown, after MPs called for a moratorium. The Betting and Gaming Council, which represents 90% of the UK’s betting, gaming, bingo and casino companies, said booked TV and radio slots would either feature safe gambling messaging from charities or be removed entirely if contracts with broadcasters permitted. Members have until 7 May to remove their ads from TV and radio, and the ban will last until at least 5 June. However, companies will continue to use other marketing channels such as direct marketing, which includes ads on social media as well as by email and text messages. Carolyn Harris, chair of the all-party parliamentary group on gambling-related harm, said a block on all advertising should have been implemented from the first day of the lockdown to protect vulnerable people and those addicted to gambling stuck at home. (The Guardian)

Tea producer Yorkshire Tea has announced that all its products are now carbon neutral. The company, owned by Taylors of Harrogate, confirmed that its five billion tea bags sold across 28 countries annually are 100% carbon neutral, as well as its business operations. A carbon-neutral logo will now be placed on Yorkshire Tea products and on Taylors of Harrogate coffee products which are also carbon neutral. Across operations, Yorkshire Tea has taken steps to procure 100% of gas and electricity used at its Harrogate headquarters from renewables and install solar panels which produce enough energy to power 80 UK homes annually. Numerous bespoke projects have also been set up to reduce emissions across the supply chain while supporting tea farmers. For example, the company has worked with the Kenyan Tea Development Agency to assess energy efficiency in factories and find ways to make savings. (Edie)

The global divestment movement chalked up a major victory this week as Oxford University announced it would divest its multi-billion pound endowment from fossil fuel assets. The University also said it would enact a new investment policy that would call on companies to provide evidence of their net zero business plans. The University said the Oxford University Endowment Management (Ouem) had already made considerable progress reducing the exposure of the £3bn Oxford Endowment Fund to fossil fuel assets, noting that since 2007 OUem investment in the energy sector has declined from an estimated 8.5 per cent of the endowment to 2.6 per cent. As such, just 0.6 per cent of the endowment is now in fossil fuel extractors, while OUem has increased its holdings in clean energy and green business assets. The new policy will also require investors to support the goals of the Paris Agreement on climate change by engaging with assets to deliver net zero plans for their business activities. (Business Green)