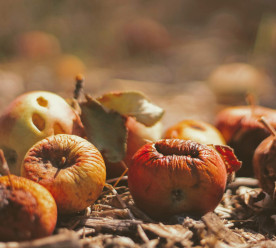 Two of the UK’s leading green energy trade bodies, the REA and ADBA, are calling on companies operating in the anaerobic digestion (AD) and biogas sector to provide information on current capacity levels, in a bid to help tackle a spike in organic waste caused by the Covid-19 lockdown. The Environment Agency and devolved nations’ have expressed concern that one of the side effects of the lockdown has been an increase food waste. ADBA and the REA said they will use the information from the survey to match suitable AD operators with the farmers and other food/drinks supply chain organisations that have surpluses that needs to be recycled. “Recycling organic wastes into biogas for power, heat and transport as well as biofertilisers for agriculture, sustains the economy and establishes a building block towards a green recovery from the Covid-19 pandemic”, said Dr Nina Skorupska, chief executive of the REA. (Business Green)

WRI: Number of people affected annually by flooding set to double by 2030

The World Resources Institute (WRI) warns that flooding could aggravate coronavirus crisis in South and Southeast Asia and Africa, urging for increased investment globally in flood prevention. The think tank released the findings today as it launched an upgrade to its Aqueduct Floods online flood measurement tool that will see it include coastal glood data for the first time. Research by the WRI warns that the number of people annually impacted by coastal and river flooding is expected to double from 72 million to 147 million over the next 10 years. Floods cost the global economy an estimated $45.9 billion and killed nearly 4,500 people worldwide in 2019. Flood impacts, which have inflicted $1 trillion in losses globally since 1980, are being made worse by ballooning populations, climate change, and land sinkage from the overuse of groundwater, the WRI warned. The WRI estimates that every $1 spent on flood protection infrastructure can, in India, result in $248 in avoided damagesSu. (Business Green)

NGO Human Rights Watch claims that Facebook has bowed to pressure by the government of Vietnam and agreed to restrict posts by dissidents, setting a bad precedent for both human rights and its global policies, Facebook’s local servers in Vietnam were taken offline early this year, slowing local traffic to a crawl until it agreed to significantly increase the censorship of “anti-state” posts for local users. The restrictions knocked the servers offline for around seven weeks, meaning the website became unusable at times. In an emailed statement, Facebook confirmed it had reluctantly complied with the government’s request to “restrict access to content which it has deemed to be illegal”. Commenting on the Reuters report, human rights group Amnesty International called on Facebook to immediately reverse its decision. “Facebook’s compliance with these demands sets a dangerous precedent. Governments around the world will see this as an open invitation to enlist Facebook in the service of state censorship,” the group said in a statement on Wednesday. (Reuters, HRW)

Banking giants Barclays and HSBC have been accused of financing a combined £158bn into the fossil fuel sector since the signing of the Paris Agreement in 2015, despite both organisations pledging to ramp up sustainable investment portfolios. A new report from NGO 350.org and partners, names the two UK organisations as the top two fossil fuel financiers in Europe. According to the report, Barclays has funnelled £91bn between 2015 and 2019 into fossil fuel firms and projects, while HSBC has contributed £67bn over the same period. NGOs are now calling on the banks to fully align themselves with a net-zero economy in a way that contributes towards a green recovery from the impacts of the coronavirus. Both banks have made notable sustainability commitments in recent years, but funding is still largely assigned to the fossil fuel sector. Last month, Barclays pledged to become a net-zero business by 2050, under new a new climate policy which covers both direct operations and finance allocated externally. (Edie)

Websites using .org domain names fear they could lose their web addresses as intense backlash over the domain registry’s proposed sale continues. The Internet Corporation for Assigned Names and Numbers (Icann), the not-for-profit organisation that coordinates the internet’s domain name system, is deciding whether control of .org will be sold to a private equity firm about which little is known. The change of hands has raised concerns about censorship and how internet infrastructure affects free speech. The not-for-profit Electronic Frontier Foundation (EFF), along with the Domain Name Rights Coalition, Access Now, and others, wrote to Icann last week urging it to stop the sale. “Essentially it means selling censorship,” Mitch Stoltz, a senior staff attorney at EFF focusing on free speech and trademark issues, said of the sale. “It could mean suspending domain names, causing websites to go dark when some other powerful interest wants them gone.” (The Guardian)