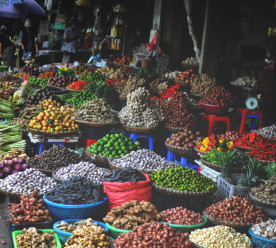 Fairtrade International has called on G20 nations to implement a coronavirus response plan to protect low-income farmers and producers. The plan includes economic support and investments that push commodity supply chains towards more sustainable practices. Fairtrade groups are warning that producers stand to lose around $380 million a year if they are unable to sell their products. Global sales of Fairtrade products reach $9 trillion annually and supports around 10 million people who are mainly based in developing countries. The farmers supported by Fairtrade are already among the world’s poorest people and the organisation believes that the communities they operate in often don’t have fallback jobs, economic safety nets and suffer from poor healthcare, a lack of clean water and sanitation and are at risk from hunger and malnutrition. As a potential solution, Fairtrade believes the scheme can be financed by donor from the World Bank and other agencies, placing tax holidays for workers that pay taxes and getting corporate retailers and manufacturers to pay forward on supplier contracts. (Edie)

Top asset manager BlackRock, which has vowed to put more focus on climate issues, said that companies might give a lower priority to sustainability reports as they struggle with the COVID-19 pandemic. In a stewardship document provided by a BlackRock spokesman, the firm suggested it would tolerate the change. The details marked some early specifics from the world’s largest asset manager about its expectations for companies dealing with the sudden economic shock stemming from the deadly respiratory virus. BlackRock earlier this year outlined tougher policies for the influential proxy votes it casts at springtime annual meetings, including a focus on having companies report more details about topics like their emissions and water pollution. In its new stewardship document, the company said it had been told by some companies that certain non-financial projects like sustainability reports had been “de-prioritized” due to COVID-19. BlackRock said it would “expect a return to companies focusing on material sustainability management and reporting in due course.” (Reuters)

Beverage giants Coca-Cola and Pepsi are not doing enough to reduce their plastic waste footprint globally, according to a new report. The charity Tearfund compiled a league table of how the companies, and others including Unilever and Nestlé, are faring in their commitments set against a three-point plan. The plan calls on companies to: report by the end of 2020 the amount of single-use in units and volume they sell country by country, reduce this by half by 2025 by moving to refillables, and ensure by 2022 one item is recycled for every single-use plastic item sold in developing countries. All the companies included in the report have published and committed to publishing annual global data on their plastic footprint, but none have published this information country by country. Pepsi and Coca-Cola have not publicly committed to reducing this by 2025, or to invest in reusables or refillables as part of this reduction. The report said Coca-Cola and PepsiCo’s commitments were falling significantly short of what was needed to tackle their plastic pollution. (Edie)

The Covid-19 pandemic has forced campaigning online, but school strikers have not lost hope and will continue to push hard for green change, says climate activist Greta Thunberg. In an online video conversation on the 50th anniversary of Earth Day, the Swedish 17-year-old said members of the Fridays for Future movement – students who strike each week to demand action to curb global warming – retain a “big sense of resistance”. The activist added that “people are thinking we will get out of this and when we do, we will continue and we will do everything we can… to continue to push even harder.” In an Earth Day message on social media, UN climate chief Patricia Espinosa called for governments to use the recovery from coronavirus as an opportunity to shape the 21st-century economy as “clean, green, healthy, safe and more resilient”. (Eco-Business)

Net Zero Festival to go ahead this autumn

Plans are in place to make the Net Zero Festival, organised by BusinessGreen, a fully virtual event on its own dedicated platform with an enhanced global reach. The event is designed to bring together businesses, policymakers, investors, and campaigners in a bid to advance and celebrate the net zero transition. BusinessGreen is preparing to deliver the event as originally intended on September 30th.V “As the situation becomes clearer we will communicate how much of the event will be delivered physically and how much virtually, all the while ensuring that all necessary safeguarding measures are in place,” said Alan Loader, managing director for tech media, at BusinessGreen publisher Incisive Media. “There is no time to waste – every quarter that passes is around one per cent of the available time to build a net zero emission economy by 2050”, said James Murray, editor in chief at BusinessGreen. (Business-Green)

Image source: assorted spices on containers at the market by Stephan Valentin on Unsplash.