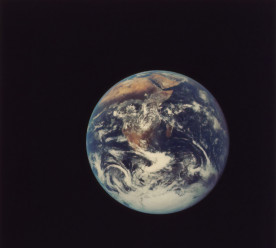 A preliminary study has found the first evidence of a link between higher levels of air pollution and deaths from Covid-19 in England. The analysis showed London, the Midlands and the north-west had the highest levels of nitrogen oxides and higher numbers of coronavirus deaths. Experts said the link between air pollution and deaths from coronavirus is plausible due to the harm to lungs that air pollution can cause. The research has not yet been peer-reviewed and shows only a correlation. The scientists behind the study said more research was needed to confirm a causal link and rule out other possible factors such as income levels and any difference in age profiles in the regions. Further research, published on Monday, found that the five most polluted regions among 66 analysed in Italy, Spain, France and Germany accounted for 78% of all Covid-19 deaths in the 66 regions. Another recent study looked at fine particle pollution in the US and found that even small increases in levels in the years before the pandemic were associated with far higher Covid-19 death rates. (The Guardian)

On Earth Day, calls grow to treat shock of coronavirus with ‘green recovery’

As the world marks the 50th anniversary of Earth Day today, calls are growing for governments to treat the shock of the coronavirus with “green recovery” packages to spur a shift to a low-carbon future. Although many countries remain on a pandemic emergency footing, some investors, politicians and companies see the longer-term economic response as a chance to address the more profound risks posed by climate change. So far, the United States, China, Japan, India and European and other governments have focused on staunching the damage to industry, preserving jobs or trying to avoid corporate failures. Nevertheless, ministers from Germany, France and other EU members and some other governments have begun to signal their support for aligning subsequent interventions with climate goals, a theme taken up by campaign groups around the world. Although no major economies have yet embraced anything like the rapid decarbonisation that scientists say is needed to stabilise the Earth’s climate, environmental considerations have surfaced in some preliminary stimulus and bailout discussions. (Reuters)

Coronavirus: After ventilators, Xerox now plans to make hand sanitizers among other producers

Printer maker Xerox has said that it will make hand sanitizer in its factories in the United States and Canada to fight the spread of coronavirus and start deliveries to healthcare organizations later this month. The US company plans to produce about 140,000 gallons of hand sanitizer gel by June. Xerox had earlier partnered with Vortran Medical Technology to make ventilators with an aim to produce as many as one million devices in the coming months. Other companies have also delved into producing hand sanitiser to face the coronavirus emergency. Brewdog was one of the first producers, while beverage company Taplin and Mageean Spirit Company, based in the UK, has switched some of its production capacity to make 80 per cent alcohol hand sanitiser. The sanitiser is being provided free of charge to the NHS, care workers, and front-line staff, and it is also available for a nominal charge to the public. (Reuters, Insidermedialimited, thedrinksbusiness)

Europe had hottest year on record in 2019, new report shows

Europe had its hottest year on record last year, new data has confirmed, with periods of exceptional heat last February, June and July, and one of the wettest Novembers on record. Previous records were broken by only a small margin, but the findings confirmed that 11 out of the 12 warmest years in Europe have occurred in the past two decades, according to the European State of the Climate 2019 report, compiled by the Copernicus Climate Change Service. Summer temperatures in parts of Europe were as much as 3C to 4C higher than normal in 2019, the report said, with heatwaves in June and July breaking records in France and Germany. The data confirms other findings that show a clearly warming trend globally. The World Meteorological Organisation (WMO) also produced its final report for 2019, confirming that last year was globally the second hottest on record, with the oceans reaching the highest temperatures ever recorded. (The Guardian)

The coronavirus crisis will push more than a quarter of a billion people to the brink of starvation unless swift action is taken to provide food and humanitarian relief to the most at-risk regions, the UN and other experts have warned. This means that global hunger could become the next big impact of the pandemic, warns the Global Report on Food Crises, by the UN Food and Agriculture Organisation, the World Food Programme and 14 other organisations. About 265 million people around the world are forecast to be facing acute food insecurity by the end of this year, a doubling of the 130 million estimated to suffer severe food shortages last year. The report bolsters warnings that the world could face a repeat of the 2007-08 food price rises that sparked widespread political upheaval, the impacts of which are still being felt across the Middle East and from Asia to Latin America. (The Guardian)