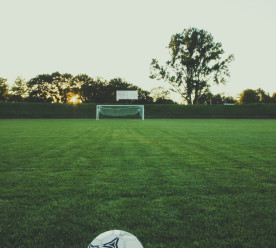 Statistic of the decade: Amazon has lost 8.4m football pitches of rainforest

Devastating Amazon rainforest loss, the deadly threat posed by chronic air pollution and a huge increase in gas-guzzling SUVs on the world’s roads have all been highlighted as the most stand-out stats of the decade by the Royal Statistical Society (RSS). Environmental issues dominated the RSS’s annual awards, which this year included an additional ‘Statistics of the Decade’ series of categories covering the 2010-2019 period, with judge looking for “stand out statistics that capture the zeitgeist of the last ten years”. The ‘International Statistic of the Decade’ chosen by RSS judges highlighted the extent of Amazon deforestation over the past decade, with an area of rainforest equivalent to 8.4 million football pitches estimated to have been lost since 2010. The figure is based on deforestation monitoring results from Brazil’s National Institute for Space Research and world football governing body FIFA‘s regulations on pitch dimensions, according to RSS. It comes at the tail end of a year in which the Amazon has hit headlines around the world due to a huge surge in fires across the rainforest. (Business Green)

Lloyd’s of London whistleblowing hotline was down for 16 months

The Bank of England is to begin monitoring Lloyd’s of London after it emerged that a whistleblowing hotline at the insurance market was out of service for almost a year and a half. It meant about 1,000 staff had no way to anonymously report issues such as sexual harassment or bullying. Lloyd’s has been trying to clean up its image after a wave of female staff complained of being harassed at work. The company said it was “disappointed” by the failure in its controls. About 50,000 people work at the Lloyd’s of London insurance market, where brokers and insurers meet to do business. In February, the firm discovered its “Speaking Up” hotline – which was only open to directly-employed staff – had been out of action for 16 months. Lloyd’s alerted the Bank of England’s Prudential Regulation Authority (PRA) to the fact at the time. It told the body, which oversees City firms, that it had forgotten to renew its contract with the external company that managed the line. (BBC)

Activist investors celebrate after mining giant promises to realign all its lobbying activity, including that done on its behalf by industry associations, with the goals of the Paris Agreement. Anglo American, the South Africa and London based mining giant, has this week promised to overhaul its membership of industry associations to align all its lobbying activity with the goals of the Paris Agreement, in the face of growing concern from powerful investor groups. Anglo American said it would take action against any “fundamental misalignments” between Anglo American’s policy positions, “including those that support the goals of the Paris climate agreement” and those of an Industry Association is it a member of. If industry groups don’t align to the Paris Agreement or other elements of Anglo American policy, the miner said it will try to engage but would be willing to quit the group if no changes are made. (Business Green)

UK companies risk being uninsured for data losses and IT problems

UK insurers are stripping out swaths of technology-related cover — for everything from fires in data centres to IT meltdowns — from the policies that shield corporate headquarters and buildings, leaving many companies potentially exposed. Regulators have told insurers to clarify their policies so that customers know which technology incidents will no longer fall under their traditional policies and instead require separate cyber insurance policies. The pressure from bodies including the UK’s Prudential Regulation Authority and Lloyd’s of London came after growing confusion about whether the costs and repercussions of a cyber attack, which can include damage to infrastructure, should be covered by property insurance. Mondelez, the confectionery company, has sued its insurance company Zurich for refusing to pay out on a $100 million claim for damage to laptops and servers caused by the ‘NotPetya’ cyber attack in 2017. Regulators fear that similar cyber attacks could leave insurers facing unexpected and enormous costs. But experts said the redrafted policies were leaving companies without appropriate cover. (Financial Times)*

Disney has cut a brief scene of two women kissing in the Singaporean version of its latest Star Wars film. The Rise of Skywalker features the first same-sex kiss in the franchise’s history – described by reviewers as “a brief flash of two women kissing… among a crowd of characters”. But the version released in Singapore omits the scene. Singapore’s media regulatory body told the BBC that Disney cut the scene, so it didn’t get a higher age rating. Without the kiss, the film is rated PG13 in Singapore. It is not clear if Disney – the owners of Lucasfilm, the Star Wars production company – cut the scene in other countries. It was reportedly shown in China but not in the UAE. It is not clear what rating the film would have had if the same-sex scene was included. A previous gay teen rom-com, Love Simon, was rated R21 (restricted to over 21) by the IMDA (Infocomm Media Development Authority). (BBC)

The Corporate Citizenship team would like to wish all Briefing readers a happy festive season. The next issue of Briefing will be on Thursday 2nd January 2020. We look forward to bringing you your daily digest of responsible business and sustainability stories in the New Year.