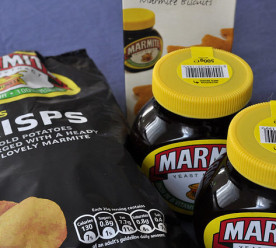 Unilever has warned it will sell off brands that do not contribute positively to society. Big brands including Marmite, Pot Noodle and Magnum ice-cream are among the names thought to be vulnerable to a cull linked to the company’s sustainable business agenda. Alan Jope, Unilever’s chief executive, said consumers wanted to buy brands that have a “purpose”. Unilever has tasked its marketers with devising sustainable business plans for its portfolio of more than 400 brands to help find a raison d’être for each to ensure they remain part of the group in the long term. Unilever points to the success of its ‘Sustainable Living’ brands – a group of 28 that includes Dove, Hellmann’s and Sunsilk – which are growing much faster than the rest of the business. The brands, which accounted for more than half of the group’s £46 billion sales last year, are those that are the furthest ahead on meeting the company’s sustainability goals, which include increasing the positive impact it has on communities. (The Guardian)

Financial services company Moody’s Corporation has purchased a controlling stake in a firm that measures the physical risks of climate change. This is the latest indication that global warming can threaten the creditworthiness of governments and companies around the world. The rating agency bought a majority share in Four Twenty Seven, a California-based company that measures a range of hazards, including extreme rainfall, hurricanes, heat stress and sea level rise, and tracks their impact on 2,000 companies and 196 countries. In the United States, the data covers 761 cities and more than 3,000 counties. Myriam Durand, global head of assessments at Moody’s Investors Service, said the purchase would allow its credit analysts to be more precise in their review of climate related risks. She added that corporations “can’t mitigate what you don’t understand.” Investors in Moody’s bonds have praised the move, saying it showed the agency is taking climate change seriously. (New York Times)

The European Investment Bank (EIB), the world’s largest development bank, is considering halting all lending to fossil fuel energy projects, under a draft energy lending policy released on Friday. The EIB said it wants to align its lending policy in the energy sector with the goals of the Paris Agreement, and will therefore phase out support to energy projects that are reliant on fossil fuels from 2020. The new policy will cover lending to oil and gas production, infrastructure primarily dedicated to natural gas, and power or heat generation derived from fossil fuels. Instead, the EIB is proposing increasing investment in renewable energy, battery storage, and energy efficiency projects, alongside the creation of an Energy Transition Package to support European nations that need to decarbonise their energy systems. The proposals are set to be discussed at a meeting of EU finance ministers in September before deciding whether to adopt the new strategy. (Business Green)

Deforestation of the Brazilian Amazon has surged above three football fields a minute, according to the latest government data, pushing the world’s biggest rainforest closer to a tipping point beyond which it cannot recover. The sharp rise confirms fears that Brazilian president, Jair Bolsonaro, has given a green light to illegal land invasion, logging and burning. Clearance so far in July has hit 1,345 km2, a third higher than the previous monthly record under the current monitoring system. The steady erosion of tree cover weakens the role of the rainforest in stabilising the global climate, with its capacity to absorb carbon diminishing. It may also complicate ratification of Brazil’s biggest ever trade deal with the European Union if EU legislators decide the South American nation is not keeping its side of the bargain, which includes a commitment to slow deforestation in line with the Paris climate agreement. (The Guardian)

PSA, the French carmaker that owns Vauxhall, will pull all production from Ellesmere Port and switch to a plant in mainland Europe if Brexit renders the British factory unprofitable. Chief executive Carlos Tavares said the business had earmarked a site in southern Europe to build future Vauxhall Astra and Opel Astra cars if the UK was not able to achieve a satisfactory outcome when leaving the EU. The move was likely to lead to the closure of the Cheshire plant in north-west England that employs more than 1,000 workers. It would reduce the company’s presence in the UK to its van plant in Luton, which employs just over 1,000 workers. Tavares latest remarks show growing concerns that no-deal or even a negotiated settlement will hit profits because of customs checks and tariffs. The UK’s car trade body, the Society of Motor Manufacturers and Traders, warned new Prime Minister Boris Johnson a no-deal Brexit poses an “existential threat” to the industry. (Financial Times)*