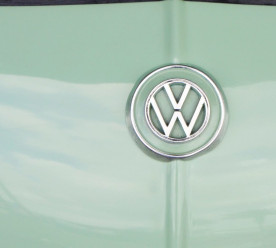 Google says it will no longer use ‘Double Irish, Dutch sandwich’ tax loophole

Tech giant Google has announced it will no longer use a tax loophole known as the “Double Irish, Dutch sandwich”. The technique allowed the tech giant to delay paying US taxes on international earnings for years and pay a lower tax rate overseas. It is thought to have allowed American companies to cut their tax bills by hundreds of billions of dollars but is finally being closed by authorities. A Google spokesman confirmed the company would scrap the intellectual property licensing structure, by which international profits are channelled through Ireland and on to Caribbean tax havens, putting them outside the reach of US tax authorities. This will simplify Google’s tax arrangements in line with efforts by the Organisation for Economic Co-operation and Development to limit international tax avoidance, following changes to US and Irish tax law. Despite the end of the “Double Irish” and “Dutch Sandwich”, tax experts warn that little is known about how specific companies have adjusted their tax arrangements. (The Guardian)

Volkswagen ramps up EV production target to 1.5 million by 2025

Volkswagen has said it expects to produce one million electric vehicles by 2023, hitting the milestone two years sooner than originally planned as it continues to accelerate its production of battery cars worldwide. The German carmaker has produced 250,000 battery and hybrid electric vehicles to date, including 70,000 last year alone, and now plans to ramp up its production further in order to surpass 1.5 million by 2025. Volkswagen said it aims to become the world market leader in e-mobility in the coming years, with plans to invest €33 billion in developing the EV range across its brand by 2024. It comes as new EU car emissions regulations come into force from the start of this month which are designed to penalise carmakers with fines if they exceed greenhouse gas limits for their vehicles, a move which has helped spur almost all major automakers to ramp up their EV offerings. (Business Green)

The Duke and Duchess of Cambridge have partnered with Sir David Attenborough to launch the ‘Earthshot Prize’ – a new fund for individuals and organisations working to restore the environment. It will award funding to five individuals or organisations every year between 2021 and 2030 – the deadline for the UN’s Sustainable Development Goals (SDGs). Funds are set to be allocated by philanthropists, NGOs, businesses and the Royal Family. Prize applicants will need to demonstrate the ability of their project, concept or innovation to provide a scalable way in which to tackle one of the planet’s biggest environmental challenges – be that climate change, plastic ocean pollution or air pollution. All winners will need to tackle their challenge in a way which restores nature. Prince William added that the launch of the Prize comes at a time when humanity faces a “stark choice” – between “irreparably” damaging the planet or “leading, innovating and problem-solving”. (edie)

Africa’s largest mobile operator MTN says it is reviewing allegations that it paid protection money to militant Islamist groups in Afghanistan. The allegations, made in a legal complaint filed in a US federal court, say the firm violated US anti-terrorism laws. The complaint alleges MTN paid bribes to Al-Qaida and the Taliban to avoid having to invest in in expensive security for their transmission towers. The alleged payments helped finance a Taliban-led insurgency that led to the attacks in Afghanistan between 2009 and 2017, the accusations say. The South African telecommunications giant says it remains of the view that it conducts its business in a “responsible and compliant manner in all its territories”. In 2015, the firm was fined more than $5 billion by the Nigerian authorities for failing to cut off unregistered sim cards – a figure that was reduced to $1.7 billion after a long legal dispute and the intervention of South Africa’s then President Jacob Zuma. (BBC)

Google Health has developed a system that can identify breast cancer more accurately than radiologists, in the latest sign that artificial intelligence could improve early detection of disease in images. In a paper published in the scientific journal Nature, experts from Google Health, Alphabet’s DeepMind unit, and UK and US universities showed the AI model reduced both false positives, in which patients are wrongly told they have cancer, as well as false negatives, where the disease is present but not diagnosed. Screening mammograms is known to be imperfect, failing to detect about one in five breast cancers, according to the American Cancer Society. More than half of all women are given a false positive every 10 years, causing anxiety and leading to unnecessary treatment, which was estimated in a 2015 study in the journal Health Affairs to cost the US more than $4bn a year. Results from the AI systems show how AI could be used to screen for cancers in earlier stages, when the disease is hard to detect accurately. (Financial Times*)