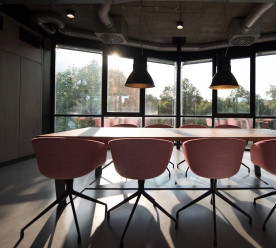 British boardrooms should be governed by a new code of conduct setting ethical standards for directors to regain public trust in business, according to the Institute of Directors’ (IoD) latest manifesto. The UK’s largest and oldest director group is pushing all political parties to create greater controls over corporate governance in their plans for government. The IoD stated that “public trust in directors and business more generally remains fragile” and called for “board members to be help more accountable”. The IoD also recommended that the government create a new classification of company, a public service corporation, that would have a legal requirement to balance the interest of workers, the supply chain, and other stakeholders alongside shareholders. In the 10-point manifesto, the IoD is also pushing for stronger rules around how companies report on climate change, and for a government-backed fund to invest in the green economy. (Financial Times*)

The world’s nations are set to produce more than twice as much coal, oil and gas as can be burned in 2030 while restricting the rise in the global temperature to 1.5C, according to analysis by the UN Environment Programme and a coalition of research organisations. The report compares countries’ stated plans for fossil fuel extraction with the goals of the Paris Agreement, which is to keep global heating well below 2C above pre-industrial levels, and to aim for 1.5C. It exposes a huge gap, with fossil fuel production in 2030 heading for 50 percent more than is consistent with 2C, and 120 percent more than that for 1.5C. Inger Andersen, head of the UN Environment Programme, noted that most action to tackle the climate crisis involves reducing emissions and said a focus on fossil fuel production was long overdue. Sharan Burrow, head of the International Trade Union Confederation, called for leaders to talk with “workers and their unions to plan a just transition away from fossil fuels”. (The Guardian)

Tech giant Google will no longer allow political advertisers to target voters based on their political affiliation, in a move that will increase pressure on social media platform, Facebook, to limit micro-targeting. Google also plans to “clarify” its ad policies around false claims to explicitly ban doctored video and images known as “deepfakes”, misleading claims about the census, and “demonstrably false claims” that could undermine trust in elections or the democratic process. The policy clarification is an implicit criticism of Facebook’s controversial decision to allow politicians an exemption from its own ban on false claims in advertising, as previously reported. Under Google’s new rules, ads that refer to candidates, political parties or ballot measures will be barred from using some of Google’s powerful tools that combine data sources and target individual users. However, political advertisers will still be allowed to target voters by age, gender and location to the level of postal code. (The Guardian)

Gambling machines in UK’s betting shops are being updated with software designed to detect and prevent problematic behaviour in players. The artificial intelligence (AI) Anonymous Player Awareness System was launched this month by the Betting and Gaming Council (BGC), an industry group representing 90 percent of the UK betting and gaming market. The system locks gamblers out of machines for 30 seconds if erratic or excessive play is detected. Among the behaviour patterns it tries to detect are chasing losses, spending too long on a single machine and playing a succession of games rapidly. While the brief lockdown is in effect, warnings about safe gambling are displayed on the machines’ screens. However, Mark Griffiths, professor of behavioural addiction at Nottingham Trent University, said the enforced break was “probably not long enough to have a positive effect” but that it was a “step in the right direction” that needs to be “monitored and evaluated”. (BBC)

Less than 10 percent of EU aid money reaches the countries where it is most needed, according to the AidWatch report by the European NGO network and NGO Concord, that found levels of assistance had dropped for the second year running. The EU and its member states remain the biggest development donor group in the world, investing €71.9 billion in 2018. According to the research, the UN target of spending 0.7 percent of gross national income on aid, laid down in 1970, has gone into reverse, and identified that aid decreased to 0.47 percent of the EU’s combined GNI last year, compared with 0.49 percent in 2017 and 0.51 percent in 2016. Only Sweden, Luxembourg, Denmark and the UK met the 0.7 percent commitment. Åsa Thomasson, from Concord Sweden, called on EU leaders to provide more aid and ensure it is used effectively to “make the biggest difference to people who are most marginalised, excluded or discriminated against and the poorest and most financially challenged countries”. (The Guardian)