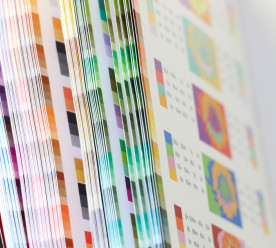 Financial analytics company S&P Global has acquired the environmental, social and governance (ESG) ratings arm of RobecoSAM, a Swiss asset manager. The move escalates the competition with rival credit rating agency Moody’s as the companies look to capitalise on increasing demand for data on sustainable investments. The deal means S&P will be in charge of RobecoSAM’s annual survey of corporate sustainability practices, widely considered to be one of the leading sources of such data, covering close to 5,000 companies. RobecoSAM will continue to have access to the data for use in its investment products. As well as the annual survey, S&P is also taking over RobecoSAM’s business providing in-depth one-off reports to companies that want to see how their sustainability performance stacks up against their peers. The ESG ratings sector has traditionally been dominated by index providers such as MSCI, but Moody’s and S&P began moving heavily into the market earlier this year, offering ESG scores on companies in addition to their traditional assessments of creditworthiness. (Financial Times*)

Europe off track on all Sustainable Development Goals, report warns

An independent report assessing the progress of the EU towards the UN’s 2030 Sustainable Development Goals (SDGs), has highlighted that while Europe leads globally on the sustainability agenda, every nation on the continent still remains off-track against all 17 of SDGs. Drawn up by the Institute for European Environmental Policy and the UN’s Sustainable Development Solutions Network, it identified the greatest challenges to be related to climate change, biodiversity and the circular economy, noting that they could be undermined without action to improve living standard. The report also points out that the EU produces “large negative spill overs” which are impeding the ability of other countries around the world to meet the SDGs. The largest impacts on other countries are caused by unsustainable demand for agricultural, forest, and fishery products. The report calls the for the European Commission to increase both public and private investment in sustainable infrastructure including power and transport, as well as education and skills, particularly for STEM jobs in sustainable technology innovation. (Business Green)

Marco Bizzarri, the president and chief executive of luxury clothing firm Gucci, has challenged CEOs of other major corporates to crack down on supply chain emissions. The ‘CEO Carbon Neutral Challenge’ is a campaign for companies to commit to a ‘360 degrees climate strategy’ that involves curbing internal and supply chain emissions as well as deploying nature-based offset solutions to deliver net zero emissions. The campaign comes after Gucci last month declared itself carbon neutral using a similar strategy. Bizzarri acknowledge that while many individual companies and industry coalitions have made “commendable commitments” to align carbon reduction emissions with the Paris Agreement, businesses now needed to deliver “rapid and concrete positive impacts”. Bizzarri called for businesses to set a clear strategy for accounting for all emissions within their own operations and across the supply chain, prioritise actions to avoid and reduce all emissions, and then offset all the remainder. (Business Green*)

Hoshik Shin, a former investment banker, has raised more than $10 million to expand a startup that helps developing-nation farmers who are using green and ethical methods to earn more by linking them directly with food buyers around the world. Shin set up the online marketplace, Tridge, in 2015 to build a network of sustainable producers and link them to buyers globally. Consumers and retailers are demanding more information about the goods they source, buy and eat, to make sure their production and transportation does not damage the environment, or use illegal and unethical business practices. David Dawe, a senior economist at the U.N. Food and Agriculture Organization, said ethical and sustainable food supply chains often incur extra costs, making it hard for them to be competitive. He added that “new digital technologies can counteract those additional costs”. (Thomson Reuters Foundation)

More than 12,000 charities have been told they can no longer operate in Uganda, with critics calling the government regulatory measures a purge. The government said the review that took place in August and September would root out poorly performing organisations and create “a reliable data bank on all NGOs” in the country. However, activists stated the requirement to validate their status could have a “chilling effect” on their work. Following the government review, the number of officially registered NGOs in Uganda has been slashed from 14,207 to 2,118. The groups left off the register can operate as associations, which do not need government registration, but this constrains their activities and ability to mobilise funds. Dr Livingstone Sewanyana, the executive director of Foundation for Human Rights Initiative, noted that the validation exercise required an “immoderate amount of information”, which put a lot of pressure on the NGOs. (The Guardian)