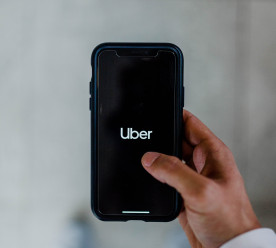 The Asian economy will be 2.6% smaller by 2050 due to lack of climate resilience

The Asia-Pacific economy will be 2.6 percent smaller in 2050 according a new framework developed by The Economist Intelligence Unit (The EIU), with developing countries in the region set to be the most affected. The EIU expects economic losses in every year leading up to 2050, with the risk that further losses could be seen if policy effectiveness is not improved. According to The EIU’s framework, Africa is the least resilient region to the impact of climate change (4.7 percent smaller), followed by Latin America (3.8 percent), the Middle East (3.7 percent), Eastern Europe (3 percent) and the Asia-Pacific. The regions displaying the most reliance and likely to see the least impact economically are North America (1.1 percent smaller) and Western Europe (1.7 percent). The primary reason for this is the relative wealth of these two regions, which can more easily afford preparations to tackle climate change from an institutional standpoint. The EIU’s research shows that being rich is an advantage to tackle climate change, but institutional quality matters, too. (Eco-Business)

Ride-hailing company Uber has lost its licence to operate private hire vehicles in London after authorities found that more than 14,000 trips were taken with uninsured drivers. Transport for London (TfL) announced the decision not to renew the ride-hailing firm’s licence at the end of a two-month probationary extension granted in September. Uber was told then it needed to address issues with checks on drivers, insurance and safety, but has failed to satisfy the capital’s transport authorities. TfL said on Monday it had identified a “pattern of failures” by Uber, including several breaches that placed passengers and their safety at risk. The decision will not see Uber cars disappear from London immediately, as the firm has said it will appeal and can continue to operate pending the outcome provided it launches official proceedings within 21 days. When TfL first rejected Uber’s licence renewal, in September 2017, the firm eventually persuaded judges to award it a 15-month licence to continue. (The Guardian)

A politician in Singapore has corrected a Facebook post that questioned the independence of state investment firms after a government request, in the first use of the country’s “fake news” law. Brad Bowyer used “false and misleading” statements alleging that the government had influenced decisions made by the state investors Temasek Holdings and GIC, according to a statement on the official government factchecking website. Bowyer said he had placed a correction notice with a link to the government statement above his Facebook post after a request to do so under the Protection from Online Falsehoods and Manipulation Act (POFMA). Rights groups have raised concerns the fake news law will be used to stifle free speech and dissent in the city state, where the ruling party has comfortably won every election since independence in 1965. Singapore says it is particularly vulnerable to fake news because of its position as a global financial hub, its mixed ethnic and religious population and widespread internet access. (The Guardian)

Global ratings agency S&P Global has said the costs of offsetting carbon emissions are likely to pile pressure on airlines already struggling to stay afloat. S&P Global issued a new report warning looming carbon offsetting costs will act as a further drag on future financial performance of cash-strapped airlines in Europe. Tighter environmental regulations are likely to see airlines having to pay more to offset the carbon emissions of their flights. Airlines will soon be required to cut down their carbon emissions as governments across Europe double down on climate action and a carbon cutting industry programme known as CORSIA kicks in. The cost of offsets is relatively low – the International Civil Aviation Authority pegs the charges at 0.2 per cent to 0.6 per cent of total revenues from the industry in 2025. The paper also points out other reasons airlines may be vulnerable such as a potential fuel duty on aviation fuel and the emergence of the ‘flight shame’ movement could result in lower bookings. (Business Green)

Italian designer, Prada, has signed a €50 million deal with Crédit Agricole Group for a sustainability-linked loan aimed at pushing the designer fashion label towards meeting environmental targets covering energy efficiency and greener clothing materials. The five-year loan, which Prada claims is a first for the luxury fashion industry, opens the door for the brand to be rewarded with more favourable interest rates depending on its progress towards annual sustainability targets. The transaction introduces annual pricing adjustments, which allow for a potential cut in interest rates on the loan based on how many of Prada’s stores achieve LEED Gold or Platinum certification for energy efficient lighting and how much regenerated nylon it uses in its products. Sustainability-linked loans and revolving credit facilities (RCFs) are becoming increasingly common as corporates look to incentivise environmental action throughout their businesses and supply chains. (Business Green)