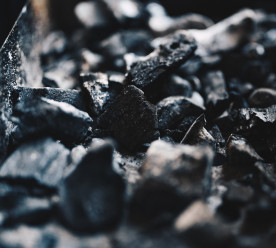 The world’s use of coal-fired electricity is on track for its biggest annual fall on record this year after more than four decades of near-uninterrupted growth that has stoked the global climate crisis. The research, undertaken by the Centre for Research on Energy and Clean Air, the Institute for Energy Economics and Financial Analysis and the UK climate thinktank Sandbag, shows that coal-fired electricity is expected to fall by 3 percent in 2019, or more than the combined coal generation in Germany, Spain and the UK last year and could help stall the world’s rising carbon emissions this year. The steepest global slump on record is likely to emerge in 2019 as India’s reliance on coal power falls for the first time in at least three decades, and China’s coal power demand plateaus. Both nations are using less coal-fired electricity due to slowing economic growth in Asia and the rise of cleaner energy alternatives. There is also expected to be unprecedented coal declines across the EU and US as they turn to clean forms of energy. (The Guardian)

A new US coalition, Athena, has formed against multinational e-commerce giant, Amazon. The alliance is comprised of three dozen grass-roots groups involved in issues like digital surveillance, antitrust and working conditions in warehouses. The goal is to encourage and unify the resistance to Amazon that is now beginning to form. A report , Too Big to Govern, has also been published, from the Economic Roundtable, a non-profit research group that focuses on social and economic issues in Southern California, delves into the largely unexplored topic of what Amazon is costing the communities where it has warehouses. While the simultaneous arrival of Athena and the report are a coincidence, they are linked by their attempts to understand and ultimately influence Amazon’s push into almost every aspect of modern life. The internet conglomerate hired 97,000 employees globally over the summer, nearly the total employment of Google. The coalition includes the Awood Center, a non-profit that has organized Amazon workers from East Africa and Fight for the Future, a group that focuses on digital issues. (New York Times)

American clothing company, Levi Strauss & Co. (LS&Co.), has formed a partnership with international testing services provider Hohenstein to use Oeko-Tex Eco Passport chemical product certification in the apparel-maker’s supply chain. LS&Co. said that Eco Passport complements an open-source programme that the company had previously developed called Screened Chemistry. As LS&Co. explains, Screened Chemistry scrutinizes chemical formulations to prevent potentially hazardous compounds from entering the apparel supply chain and identifies safer alternatives. The company also noted that using the Screened Chemistry program and Eco Passport together aligns with standards agreed upon by the industry-led Zero Discharge of Hazardous Chemicals (ZDHC) Roadmap to Zero initiative. This new partnership with Hohenstein also helps LS&Co. advance its own chemicals management program to create a template that others can use, according to the apparel company. “The result is a program that goes beyond a risk management approach and provides a roadmap for companies to eliminate and prevent the introduction of chemical hazards in the supply chain,” LS&Co. said. (Environmental Leader)

Swiss finance giant Credit Suisse has partnered with The World Bank to issue a $28.6 million bond aimed at financing the protection and restoration of fresh and saltwater resources and habitats. All bonds issued by the World Bank are designed to support projects that deliver progress against one or more of the United Nation’s Sustainable Development Goals (SDGs). The new bond, which has a five-year maturity period, aims to touch on the majority of the 17 SDGs. Projects due to benefit from its financing include those working to establish coastal and marine protected areas; those which improve waste management in ways which reduce pollution in waterways and oceans; those which promote sustainable fisheries and aquaculture; and those working to implement strong environmental governance in coastal nations and regions. According to Credit Suisse, this approach will deliver a number of direct and indirect benefits across people, planet and the economy – which will be particularly felt by businesses and communities connected to island or coastal locations. (edie)

MSCI arms all investors with ESG ratings of 2,800 top firms

MSCI published the environmental, social and governance (ESG) ratings of more than 2,800 companies. A growing number of investors across the world are factoring ESG risk into their decision-making, amid a growing belief that companies with a good rating will be better-run and produce stronger returns with lower risk. Total assets invested using some reference to ESG data hit $30.1 trillion across the world’s five major markets at the end of 2018, the Global Sustainable Investment Review said, up from $22.8 trillion in 2016. MSCI, which awards companies an ESG rating based on 37 criteria such as corporate governance and carbon emissions, said it would release data on more companies in 2020, taking the total number with public data to 7,500. The index group gives companies a rating from triple-A to triple-C based on their exposure to ESG risks and their management of them relative to similar companies. Among those released by MSCI, Facebook and Alibaba both have a BBB rating, while Google’s Alphabet is rated AA. (Reuters)