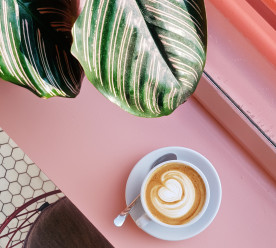 The five biggest oil and gas companies, and their industry groups, have spent at least €251 million lobbying the EU over climate policies since 2010, research has revealed. Declarations from the EU’s transparency register reveal BP, Shell, Chevron, ExxonMobil and Total have registered spending €123 million between 2010 and 2018 on lobbying EU institutions. Their 13 industry groups declared spending a further €128 million in the same period. The report says the climate targets were weakened as a result; they included no binding energy savings target and included a “woefully inadequate” renewable energy target. The data on the scale of lobbying by oil companies and their representatives comes as 200 organisations demand the setting up of a firewall around democratic politics to protect it from the influence of the fossil fuel industry. The research states that lobbying peaked at times when legislation in the EU was being drawn up, including in 2014 during the discussions over the EU’s 2030 climate targets. (The Guardian)

Technology giant HP has committed $200 million to developing water-based ink technologies for printing digitally on corrugated packaging and textiles, in a move designed to help tackle water impacts across the consumer goods and fashion industry. HP said the new ink and printing systems could help its customers evade the water emissions issues that can arise from traditional textile colouration. The World Resources Institute estimates around 20 per cent of industrial water pollution results from garment manufacturing. By developing water-based inks that can be digitally printed onto textiles, HP aims to eliminate a major contributor to this global environmental challenge. The investment aims to build on HP’s existing innovations in developing water-based inks for other markets, such as the sign and display market, where HP Latex Inks offer an alternative to existing inks. Santi Morera, general manager and global head of graphics solutions said, “investing in solutions that meet market needs and increasing sustainability requirements of graphics customers is expected to propel business growth for HP”. (Business Green)

Food and beverage firms Coca-Cola, Nestlé, and PepsiCo are the world’s biggest plastic polluters, a study of litter found on beaches, streets, homes, and parks in 50 countries has revealed. The same firms have topped the global plastic polluter audit, conducted by a collective of environmental groups running clean-up operations, for the second year in succession. This is in spite of various initiatives launched by the companies to address the plastic pollution problem. Coca-Cola has launched recyclable bottles made entirely from renewable plant-based materials, aiming to use it in all its packaging by next year. Nestlé has a plan to make all its packaging recyclable or reusable by 2025, while Pepsi has pledged to develop bottles made from renewable resources. Von Hernandez, global coordinator of Break Free From Plastic, a global movement of non-governmental organisations advocating against new plastic production, called on corporations to reduce their production of single-use plastic, instead of using recycling or recyclable packaging as a solution, to tackle the throwaway culture. (eco-business)

British coffee brand, Lincoln & York, has unveiled a new CSR strategy following approval from 95% of its 74 employees. The strategy aims to “deliver on as many of the UN’s Sustainable Development Goals (SDGs) as possible”, beginning with the elimination of all single-use plastics by 2024. In order to develop the strategy, Lincoln & York put its contents up for an employee vote, seeking to gain approval among its workforce. This approach echoes the one taken by Unilever, with the company asking its staff what sustainable business meant to them as it designed its post-2020 environmental goals. Talking about the decision to put the strategy to an employee-vote, Lincoln & York’s managing director, James Sweeting, stated the importance of developing a strategy that is “reflective of our company values”. Lincoln & York’s strategy will focus on three core pillars: ‘local community’, ‘environment’ and ‘coffee community’.  (edie)

Bankers push back against ‘greenwashing’ criticism

Banks in the growing green bond market are pushing back against claims from sceptical investors that some issuers’ environmental credentials are little more than marketing.  Executives have defended issuers against the “greenwashing” accusations, saying that while green bonds may be an imperfect weapon in attacking climate change, they can still help to move companies in a cleaner direction. Ralph Hamers, chief executive of Dutch bank, ING, said “there is not a lot of greenwashing” and that as the industry matures it would get better at assessing which deals are genuinely benefiting the environment. This month, the total amount of sustainable debt in global markets surpassed $1 trillion, according to an estimate from data provider, BloombergNEF. However, as the market has grown, so has investor scrutiny, with green bonds branded “oxymoronic” when they are issued by companies or countries contributing to global greenhouse gas emissions. Kristalina Georgieva, IMF managing director, addressed concerns about greenwashing, saying that “standardisation and classification of what constitutes sustainable and green” is needed for the industry to flourish. (Financial Times*)

Image Source: cup of coffee on saucer with teaspoon on pink tabletop by Natanja Grün on Unsplash.