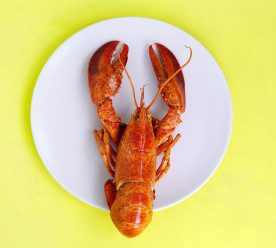 The World Benchmarking Alliance (WBA) has launched the first global benchmark ranking seafood companies according to their impact on the United Nations Sustainable Development Goals (SDGs). The ‘Seafood Stewardship Index’ ranks 30 of the most influential seafood companies in the world on their commitments, transparency and performance related to the SDGs. According to the WBA, the industry shows broad commitment on sustainability, but overall performance needs to improve, and more measurable action is needed to meet the SDG agenda. Overall, WBA found leading practices amongst several seafood companies with strong sustainability strategies, sourcing and human rights policies. These include Thai Union Group, Mowi and Charoen Pokphand Foods. However, the future long-term sustainability of the seafood industry is being hampered by a lack of oversight of operations and supply chains impacting measures to eliminate illegal, unreported and unregulated (IUU) fishing, protect ecosystems and respecting human rights and working conditions. WBA has already launched a Food and Agriculture benchmark and will deliver further reports to assess companies on efforts to achieve the SDGs. (WBA)

Progress towards global clean energy access goals is being constrained by inadequate investment from both public and private financial institutions, according to a report published yesterday by the Sustainable Energy for All initiative. The latest research, contained in the NGO’s ‘Energizing Finance’ report, finds that finance is drastically below the levels needed to deliver universal access to electricity and clean cooking by 2030, as called for by United Nations’ Sustainable Development Goal 7. Now in its third year, Energizing Finance tracks financial flows across developing countries in sub-Saharan Africa and Asia, which together account for nearly 80 per cent of those living without access to electricity and clean cooking facilities. The funding gap remains despite an overall positive trend in investment levels, which at $36 billion in 2017 was substantially higher than the $30 billion committed the previous year. However, just $12.6 billion of this total related to electrification that would benefit residential customers, far below the $51 billion needed to meet universal access. (Business Green)

The UK is planning to invest in Argentina’s controversial oil shale industry using a £1 billion export finance deal intended to support green energy, according to government documents, released through a freedom of information request. UK Export Finance, the government’s foreign credit agency, promised in 2017 to offer loans totalling £1 billion to help UK companies export their expertise in “infrastructure, green energy and healthcare” to invest in Argentina’s economy. Instead, official records have revealed the government’s plan to prioritise support for major oil companies, including Shell and BP, which are fracking in Argentina’s Vaca Muerta shale heartlands. One government memo, uncovered by Friends of the Earth, said that while Argentina’s clean energy sector was growing, it was “Argentina’s huge shale resources that offer the greatest potential” for the UK. Argentina has become a magnet for major oil companies after discovering the world’s third largest shale reserves in the world.. (The Guardian)

One of the world’s largest seafood firms, the Thai Union Group and Israeli foodtech startup Flying Spark have announced their collaboration in a bid to make more sustainable food. Flying Spark is one of several firms around the world working on the cutting-edge of entomophagy, the human consumption of insects of food. Thai Union recently established a $30 million venture fund to support investments in innovative food-tech companies, as the company looks to diversify its global seafood business. It has announced the fund’s first investment will be in Flying Spark, enabling the startup to expand its operations by establishing insect growing and processing capabilities in Thailand. Flying Spark uses larvae from the Mediterranean fruit fly to produce protein powder and oil. The resulting powder contains 70 per cent protein and is rich in iron, calcium, magnesium, dietary fibres, and amino acids. The production process requires very little water or land and creates no methane emissions, while generating almost zero waste as all parts of the larvae are used. (Business Green)

Advertisements for weight loss brands that featured on the Instagram accounts of celebrities including Katie Price, Lauren Goodger and Georgia Harrison have been banned for being irresponsible. Posts promoting weight loss products, including Boombod and V24 Gummies, were ruled to breach rules around health claims and deemed to endorse them in an irresponsible way, according to the Advertising Standards Authority (ASA). Four people complained that the posts made health claims which were not EU-authorised, referred to an amount of weight loss which was banned under advertising law and that they promoted a weight loss product in an irresponsible way. The ASA stated certain images in which celebrities were artificially made thinner were “particularly irresponsible in the context of an ad for an appetite suppressant that presented her as an aspirational figure”. In a separate ruling, the ASA banned posts on the Instagram pages of firm Teamv24 and television personality Georgia Harrison promoting weight loss ‘gummies’. (Independent)

Image: lobster on white saucer by Toa Heftiba on Unsplash.