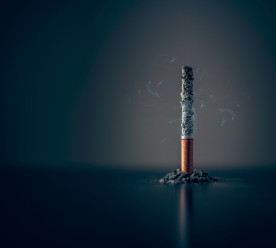 An unprecedented climate change lawsuit against American oil giant Exxon Mobil is set to go ahead in New York. The state has accused the company of misleading investors about the potential costs of climate regulation to its business. In court filings, the state says internal documents show Exxon evaluated new projects based on forecasts for costs associated with climate change that were lower than those it told investors it was using which mad investments appear less risky and more valuable. Exxon does not dispute the claims that it used two calculations to evaluate the cost of potential regulation, however, the firm argues that those calculations were “proprietary”, investors were not misled and says the claims are politically motivated. Former US Secretary of State Rex Tillerson, who led Exxon for a decade, is among those likely to appear in court. New York’s attorney general filed the financial fraud suit in 2018, after years of investigation by state authorities. (BBC)

Tobacco companies have been accused of undermining plain packaging laws in the UK by introducing features that made certain packets more distinctive from rival products. A report in the British Medical Journal’s Open publication found that global tobacco companies adopted subtle marketing techniques to replace traditional cigarette branding, which was banned in the UK in 2016. Researchers found that tobacco companies initially ramped up production before a one-year “sell-through” period, during which retailers could keep selling their remaining branded packs. In the meantime, they came up with innovative ways to make plain-packaged products distinctive. BMJ highlights Philip Morris International’s redesigned Marlboro range, adding bevelled edges and a new “pro-seal” closing mechanism to packets, the researchers found. This made packs “appear more premium and recognisable compared to other brands”, the researchers claimed. One of the MPs who pioneered the plain-packaging legislation said ministers should consider tightening up the law to eliminate loopholes.  (The Guardian)

The number of UK MPs backing a campaign calling on the £700m Parliamentary Pension Fund to divest from fossil fuels has topped 300, putting more pressure on the trustees of the fund ahead of the announcement of a new climate change investment policy next month. The campaign announced earlier this year that more than 200 MPs were backing calls for divestment, but in the wake of this summer’s declaration of a climate emergency by Parliament the number backing the divestment pledge has risen to 300. The latest tally means the campaign is within sight of the 326 MPs that would represent a nominal majority in the House of Commons. Supporters of the campaign include Labour Leader Jeremy Corbyn, Liberal Democrat Leader Jo Swinson, SNP Westminster Leader Ian Blackford, and Conservative Culture Secretary Nicky Morgan. Thirty former MPs have also supported the campaign, including Lord Deben, Chair of the Committee on Climate Change, and Mayor of London, Sadiq Khan. (Business Green)

Macy’s has announced it will end the sale of fur across its stores, achieving a major win for animal rights activists. The US retailer joins a growing number of brands, cities and states turning away from the use of products made with animal fur. Designer retail brands Prada, Ralph Lauren, Gucci, and Burberry have already dropped real fur. While Macy’s is not the first US department store to end fur sales – JCPenney and Sears have already done so – the move is significant because of the company’s size and reach. With sales of more than $24 billion in 2018, and hundreds of stores in nearly every state, the decision will make the company the largest US retailer so far to adopt a ban. Plans are to phase out real fur by the end of 2020’s fiscal year at Macy’s, Bloomingdale’s and its discount outlets. The news follows California’s ban on the sale and manufacture of new fur products earlier this month, becoming the first US state to do so. (The Guardian)

Cleaning supplies manufacturer SC Johnson has partnered with economic development firm Plastic Bank to upscale access to recycling infrastructure in developing regions. Plastic Bank plans to collect 30,000 metric tons of plastic waste over the three-year period – equivalent to stopping 1.5 billion plastic bottles entering waterways – which will be recycled into a 100% “Social Plastic” bottle. The organisations already have nine plastic collection centres but under the three-year agreement, more than 500 collection centres and points will be created across Brazil, Indonesia, the Philippines, Thailand and Vietnam – the latter four are amongst the five countries that contribute most to ocean plastic. The partnership will also develop a “Social Plastic ecosystem” that will create jobs at the recycling centres and collection points for some of the poorest communities. Residents can collect plastic for digital tokens that can be exchanged through blockchain technology for necessities, healthcare coverage, school tuition and local currency. (edie)