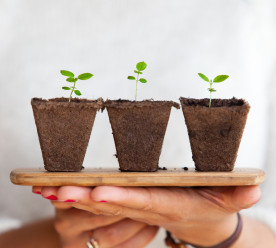 Chief executives from 30 of the world’s biggest companies, including UBS, Aviva and Enel, have promised to do more to tackle the investment shortfall in funding the UN’s Sustainable Development Goals. The business leaders represent a range of industries from banks to pension groups, to industrial companies. Members of the new Global Investors for Sustainable Development alliance committed to “scale up and speed up” their efforts to align their businesses with the 17 wide-ranging goals covering everything from ending hunger to peace, economic growth and climate action that the UN has set for 2030. They also promised to improve the quality of data on SDG investment opportunities and create common standards for measuring the impact of such investments. Leila Fourie, the newly appointed chief of the Johannesburg Stock Exchange noted that indices of socially responsible companies had been outperforming other stocks, bolstering the business case for companies to invest in sustainability. (Financial Times)

Research, by nature – the International Journal of Science, has found the costs of solar power to be lower than local grid power in all 344 Chinese cities studied, even without subsidies. In 76 of those cities, the price of solar power was found to be equal to or below coal-fired power. Unsubsidised renewable energy is increasingly matching the cost of fossil fuel energy in what’s known as “grid parity”. At this tipping point, far more investment will in theory flow into clean energy. However, Tao Ye, deputy head of the China National Renewable Energy Centre, cautioned that some of the variables in the researchers’ calculations are uncertain and that coal power generation has more opportunities to undercut solar. Previously the government offered incentives for new solar, but it proved so popular that they decided to slash them in 2018. This rocked the sector but led to more independent growth. (Eco-business)

More than $1 trillion of sustainable debt has been issued since records began in 2012, according to an update yesterday from energy-focused investor research company Bloomberg New Energy Finance (BNEF). The figure covers debt from green, social, and sustainability bonds and loans, which finance projects with an environmental or social purpose. The market for such products has been growing rapidly since 2015, with $319.8 billion in sustainable debt issued so far in 2019, up from just $5.1 billion in 2012. BNEF said hitting the $1 trillion figure represented a “key moment” for the sustainable finance market. Green bonds – where cash is loaned to finance a sustainable scheme – is by far the largest segment of the sustainable debt market, representing 77 percent of sustainable issuances last year. Sustainability bonds commanded seven percent, sustainability-linked loans 10 percent, and sustainability-linked bonds less than one percent. (Business Green)

Green groups have warned that banks linked to Saudi Arabia’s state-owned oil company Saudi Aramco’s $2 trillion market float are undermining global efforts to tackle the climate crisis by supporting the listing of the world’s biggest oil producer. In a letter to bank chief executives, including the bosses of HSBC and Goldman Sachs, 10 environmental groups warned that the listing would hinder the battle against greenhouse gas emissions and human rights abuses. The groups, including Friends of the Earth US, and Oil Change International, warned that the listing would lead to “the biggest single infusion of capital into the fossil fuel industry” since the Paris climate accord in 2015. The letter also raised concern over the banks’ eagerness to help raise billions of dollars for Saudi Arabia, “given the horrendous human rights record of the Saudi regime”. (The Guardian)

MPs have accused aid organisations of “dragging their feet” over combating sexual exploitation and abuse in the sector, despite safeguarding pledges made in 2018 after the Oxfam abuse scandal. Work to improve protection and support for whistle blowers has “stalled”, and more needs to be done to protect survivors, a report by the UK International Development Committee (IDC) has said. While MPs recognised efforts across the aid sector to improve safeguarding, they were “disappointed” by the lack of progress in key areas. The report found limited progress had been made among NGOs on transparency, with some organisations still reluctant to publish the number of sexual abuse allegations they had received, and the outcome of investigations. The MPs called for “an end to voluntary self-regulation” of aid agencies, which “allows failures on sexual exploitation and abuse to slip through the cracks”. (The Guardian)