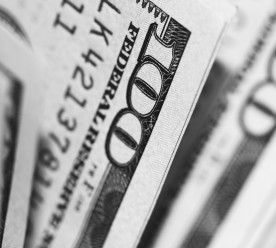 A report has found that the average salary for chief executives fell by 13 percent between 2017 and 2018, but they still earned 117 times more than the average UK full-time worker. A boss of one of the UK’s largest listed 100 companies earns £3.5m a year on average, the CIPD, the professional body for HR found. The average full-time worker in the UK earns £29,574. The report also showed a continued big gender gap at the top of big firms. In 2018, only six of the FTSE 100 companies had a female boss, down from seven in 2017. CIPD chief executive Peter Cheese said: the gap between pay at the top and bottom of firms remained “unacceptably wide”. The CIPD and High Pay Centre made several recommendations including disclosing the pay for the top 1 percent of earners, considering wider workforce reward practices and linking chief executive pay to both financial and non-financial performance measures. (BBC)

Tea brand Twinings has forged a new partnership with charity WaterAid, in a bid to tackle water infrastructure challenges and cultural norms around hygiene in tea supply chains. Under the partnership, Twinings has donated £220,00 to WaterAid, in order to ensure that all 30 tea-producing villages in India’s Darjeeling district have access to a piped water supply system. In total, they are set to supply 4,000 residents. WaterAid will also install new toilets and waste management systems or improve existing facilities where possible. Currently, 47 percent of Indian tea estate workers are estimated not to have access to potable water and one-quarter have no access to reliable electricity, or to a flushable toilet. Twinings’ investment will also be used to deliver education around water, sanitation and hygiene (WASH) in Darjeeling-based villages and schools. Twinings will use its partnership with WaterAid to measure the economic benefits of improved WASH infrastructure and sanitation in Darjeeling. Projected benefits include greater productivity, fewer sick days, upskilling of workers and lower staff turnover. (edie)

Amazon under fire for new packaging that cannot be recycled

Amazon has been criticised by environmental groups, such as Friends of the Earth, and customers after introducing a range of plastic packaging that cannot be recycled in the UK. It is thought that Amazon ships between 4 billion and 5 billion parcels a year worldwide. In February, the Washington Post reported on how the new Amazon envelopes were clogging up US recycling centres as consumers were wrongly placing them in recycling bins. As previously reported, Amazon was among 192 companies that signed up to a new official definition of corporate purpose in the US, which rejects the sole objective of maximising profit for shareholders and embraces the interests of other stakeholders, including employees, customers, suppliers and the community. The figures from the Department for the Environment, Food and Rural Affairs (Defra) showed the number of single-use plastic bags sold in the main supermarket chains had fallen by more than 90% since the introduction of the 5p charge in October 2015. (edie)

An Ipsos MORI poll reveals that the British public concerns about climate change have hit a record high at 85 percent. The survey of just over 1,000 people was commissioned by the Evening Standard in the wake of the hottest July ever recorded globally and a new UK temperature record of 38.7C late last month. It found that the proportion of people describing themselves as concerned by global warming has reached the highest level since the question was first asked by the polling company in 2005. The share of people describing themselves as “very concerned” has also soared from just 18 percent five years ago to a record high of 52 percent. The poll also revealed significant support for government action to try and tackle the crisis. 55 percent of respondents said the government should look to deliver on the UK’s net zero emissions goal earlier than the current 2050 deadline, rising to 63 percent amongst participants aged 18 to 34. (Business Green)

The Brazilian president, Jair Bolsonaro, has accused environmental groups of setting fires in the Amazon as he tries to deflect growing international criticism of his failure to protect the world’s biggest rainforest. Brazil has had more than 72,000 fire outbreaks so far this year, with more than half of them in the Amazon. This is an 84% increase on the same period in 2018, according to the country’s National Institute for Space Research. The surge of fires follows reports that farmers are feeling emboldened to clear land for crop fields and cattle ranches because the government wants to open the region to economic activity. However, it is unclear which fires have been deliberately set by farmers to clear land and which were accidental or natural. An international outcry has prompted Norway and Germany to halt donations to Brazil’s Amazon fund, which supports many environmental NGOs as well as government agencies. There have also been calls for Europe to block a trade deal with Brazil and other South American nations. (Guardian)

Image Source: closeup photo of 100 US dollar banknotes by Pepi Stojanovski on Unsplash.