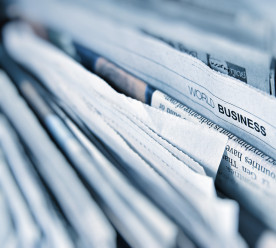 A group representing the nation’s most powerful chief executives have abandoned the idea that companies must maximize profits for shareholders above all else. In a new statement about the purpose of the corporation, the Business Roundtable, which represents the chief executives of 192 large companies, said business leaders should commit to balancing the needs of shareholders with customers, employees, suppliers and local communities. The group contains CEOs from companies such as Abbott, JPMorgan Chase and The Coca-Cola Company. The statement comes amid a growing national debate about the responsibilities of corporations at a time of stark economic inequality. President Trump and the candidates vying for the Democratic presidential nomination have criticised companies for putting profits before the needs of workers and customers on issues as varied as drug pricing, outsourcing and data privacy. The new statement also sits within the context of a decade-long trend of wages climbing only moderately as the pay of top executives at public companies has soared. (The Washington Post)

Leading trade bodies, clean tech start-ups, and green campaigners have joined forces to put forward a proposal for a new AI-focused research centre. The groups have written to the UK government calling on it to support new proposals for the creation of an International Centre for AI, Energy and Climate, which would aim to accelerate the development of artificial intelligence (AI) technologies “essential” for reaching net zero carbon emissions. They argue that the UK is already established as one of the world’s leading hubs for AI technologies, but warns that it now needs to “rapidly turn general AI support into joined-up sector-specific propositions”. The letter was signed by many business and environmental groups, including techUK, Energy UK, Make UK, Friends of the Earth, Greenpeace, and E3G, as well as several leading energy and technology firms such as National Grid ESO, Arup, Ovo Energy, and Octopus Energy. Several leading academics also backed the proposal. (Business Green)

Singapore could spend US$72b on climate adaptation over next century

Singapore could spend S$100 billion (US$72 billion) or more over the next 50 to 100 years to adapt to climate change and rising sea levels, said its prime minister Lee Hsien Loong in one of his biggest political speeches of the year on Sunday. The island nation is especially vulnerable to rising sea levels and climate defences are as important as the armed forces, said its prime minister. Much of the country lies no more than four metres above the mean sea level which scientists have said will bear the brunt of melting ice sheets in the Arctic and Antarctic. Sea levels are projected to rise by up to one metre by the end of the 21st century. The authorities have determined that Singapore’s eastern coastline and the city centre are particularly vulnerable and will be given priority. Many options are being discussed including reclaiming a series of offshore islands, connecting them with barrages and creating a freshwater reservoir. (Eco-Business)

Indonesia forest-clearing ban is made permanent, amid protests

Indonesia’s President, Joko Widodo, has made permanent a temporary moratorium on forest-clearing permits for plantations and logging. The moratorium prohibits the conversion of primary natural forests and peatlands for oil palm, pulpwood and logging concessions. It was introduced in 2011 by then-president Susilo Bambang Yudhoyono as part of wider efforts to reduce greenhouse gas emissions from deforestation. The government says the policy has been effective in slowing deforestation, but environmental activists have opposed the claims, saying that forest loss and fires have increased in areas that qualify for the moratorium.  According to data from the Ministry of Environment and Forestry, the rate of deforestation in areas covered by the licensing ban between 2011 and 2018 is down 38 percent from the seven years prior.  Greenpeace has contended this with an analysis of satellite imagery showing that deforestation rates increased in those areas after 2011. The NGO recorded 12,000 square kilometres forest loss during this time. (Eco-Business)

British Gas has agreed to one of the UK’s largest green energy contracts with the Catholic Church’s energy procurement group, Inter-diocesan Fuel Management (IFM), to provide renewable energy to 2,800 churches in England and Wales, and 2,200 schools, community centres and care homes. As a result of the deal, the Catholic Church is now one of the largest consumers of green gas certificates, with landmarks such as Westminster, Nottingham and Plymouth Cathedrals covered by the deal. The volume of green gas and electricity supplied by British Gas Business is equivalent to supplying the annual needs of more than 20,000 UK households, the equivalent CO2 of taking more than 21,000 cars off the road. It was revealed last year that British churches have diverted more than £5m from fossil fuels, with more than 5,500 places of worship switching to renewables. Progress has been driven by the Church of England’s procurement group Parish Buying, and a partnership between Christian Aid, Tearfund and the Church of England’s Environment Programme. (edie)