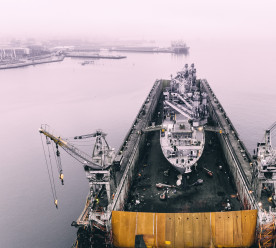 Japanese-financed coal power plants in developing Asian countries are emitting up to 40 times more pollution than plants built in Japan, a study by Greenpeace has found. It has been suggested that this could cause more than 400,000 people to die prematurely in countries such as India, Indonesia, Vietnam and Bangladesh, that are already suffering from bad air quality. The report, A Deadly Double Standard, says the coal plants emit up to 13 times more nitrogen oxide, 33 times more sulphur dioxide (SO2), and 40 times more dust than those built in Japan. Japan’s public finance agencies put US$16.7 billion into coal projects in countries with low emissions standards since 2013, whilst additional financing was provided by Japan’s three largest private banks: Mitsubishi UFJ Financial Group, Mizuho Financial Group and Sumitomo Mitsui Banking Corporation. Greenpeace has called on the Japanese Government to immediately stop the agencies from investing in overseas coal power plants for which emission limits do not meet the standards applied in Japan. (Eco-Business)

The new CEO of Jadestone Energy, which operates the Montara oil field in the Timor Sea, has dismissed concerns it might not have the financial capacity to clean up should an oil spill disaster strike again. Ten years ago, the Montara field was the site of Australia’s worst oil spill when an estimated 40 million litres of oil leaked from a faulty rig and for 10 weeks spread over tens of thousands of square kilometres of ocean. In federal court proceedings, Indonesian seaweed farmers claimed the spill devastated their crops, costing them as much as $200m. At the time, Montara was owned by an Australian subsidiary of Thai national petroleum company, PTTEP. Jadestone and PTTEP jointly decided to close the field in September last year. Earlier this month, the National Offshore Petroleum Safety and Environmental Management Authority approved a new safety plan submitted by Jadestone, allowing production to restart. (The Guardian)

The British government has launched a call for evidence on the food system of the future, which will give everyone from consumers, farmers and food producers, to scientists and academics, an opportunity to shape how the UK produces, sells and consumes food. The views will inform the first major review of the nation’s food system in nearly 75 years, led by the founder of restaurant chain Leon, Henry Dimbleby, who co-founded the Sustainable Restaurants Association. The review will look at what is working well and the role of new technology to revolutionise our food supply – from innovations like vertical farming and robotics, to carbon neutral manufacturing and crops that tackle climate change. The Department for Food, the Environment and Rural Affairs (Defra) has opened the first public consultation for the review. A draft policy framework due to be published in 2020. (Talking Retail, edie)

Iceland has held a ‘funeral’ for its first glacier, the Okjokull ice sheet, lost to climate change. The funeral was attended by a group of 100 containing Icelandic officials, scientists, activists and the general public. According to satellite images from the NASA Earth Observatory, the glacier appeared as a solid-white patch in 1986, and Icelandic geologist Oddur Sigurðsson said it used to stretch six square miles (15 square kilometres). A geological map from 1901 estimated Okjokull spanned an area of about 38 square kilometres (15 square miles). However, a NASA image from 1 August 2019 shows that only small dashes of white ice remained. Mr Sigurðsson pronounced Okjokull dead around 10 years ago after it melted throughout the 20th century and brought a death certificate to the funeral. In 2014, it no longer fulfilled the criteria to be classified as a glacier. Mr Sigurðsson said that while it was Iceland’s first glacier to disappear, all the nation’s ice masses will be gone in 200 years. (Independent)

Online resale store thredUP has said it received $175 million in funding from major retailers to use its platform to offer resale clothing services to retailers. Last week, the department store chains J.C. Penney Company and Macy’s announced partnerships with San Francisco-based thredUP intended to bring younger, more environmentally conscious shoppers into stores and to provide retailers fresh inventory of second-hand clothing and accessories. thredUP Chief Executive James Reinhart said that the company is in active conversations with dozens of retailers about how they can help them tap into a $24 billion apparel resale market. Cowen & Co, an independent investment bank and financial services company, has estimated that online resale will grow as much as 10 to 15 times faster than fast fashion stores such as Zara, department stores such as Macy’s, and traditional off-price chains like T.J. Maxx. The funds will bring thredUP’s total capital raised to more than $300 million. (Reuters)

Image Source: photo of ship on inside oil rig by Ian Simmonds on Unsplash.