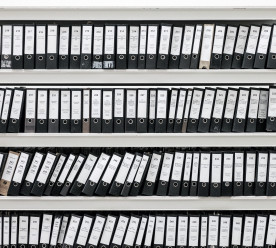 Lawsuits aimed at slowing greenhouse gas emissions are on the rise

A new report published by the Grantham Research Institute on Climate Change and the Environment and the Centre for Climate Change Economics and Policy has found an increase in recent years in litigation in low- and middle-income countries. It shows that while most climate lawsuits have been filed in the United States, new lawsuits in places like Pakistan, India, Indonesia, South Africa, Colombia and Brazil have expanded the geographic reach of climate litigation. Human rights are increasingly important in climate lawsuits, according to the report, which also predicts that this will increase in the future. It found that at least 28 countries and several international courts have heard roughly 1,330 climate cases. While plaintiffs have been largely activists, non-governmental organisations and local governments suing for stronger climate action, some of the cases covered were filed by businesses and organisations challenging environmental regulation. After the US, the jurisdictions home to the highest number of climate-related lawsuits are Australia, the EU, the United Kingdom, New Zealand, Canada and Spain. (Eco-business)

Chinese financial institutions provided at least $1 billion in “green” financing to coal-related projects in the first half of 2019, a review of financial data has revealed. According to Shanghai-based financial data provider Wind, 7.4 billion yuan ($1.1 billion) in green corporate and financial bonds were issued by 13 coal projects. They involved power plants fuelled by coal or coalbed methane projects. Cutting coal and encouraging green energy is a major part of China’s efforts to reduce smog and greenhouse gases. The share of coal in the country’s total energy mix fell to 59% last year and it aims to reduce that to 50% by 2030, but overall capacity is still growing even as it falls as a share of the total. Last year, more than a quarter of the green bonds issued in China failed to meet international criteria, according to the Climate Bonds Initiative (CBI), a non-profit group that promotes green bond standards. (Reuters)

Malaysian Prime Minister, Mahathir Mohamad, called on Britain to engage with palm oil growers to incentivise sustainable production, rather than pursuing boycotts after its scheduled exit from the European Union (EU) on October 31. Mahathir’s comments, carried in an opinion column for news agency Bloomberg, follow a move by the EU to phase out palm oil usage in biofuels. Top growers Indonesia and Malaysia have said they would file a complaint to the World Trade Organization to challenge the move. In March, the European Commission had determined that palm oil cultivation had resulted in excessive deforestation and it should no longer be considered a renewable transport fuel, although with some exemptions. While Mahathir acknowledged the importance of environmental sustainability and deforestation in trade talks, he said, “The answer is not to single out one commodity and ban it” and called the EU’s move “a form of modern colonialism that has no place in today’s world”. (Reuters)

Veolia, one of the UK’s largest resource management firms, has declared that the horticultural industry must stop using peat in compost products if the country is to meet its 2050 net zero emissions goals. They have warned 280,000 tonnes of UK peatland – a vital carbon sink – are being destroyed each year to be use as a garden compost and fertiliser. UK peatlands are estimated to contain around 3.2 billion tonnes of carbon, which is around nine years’ worth of the UK’s total annual CO2 emissions. Last year the government’s climate watchdog, the Committee on Climate Change, warned 55-70 percent of the UK’s peatlands will need to be restored to help the UK meet its climate goals. Despite the government’s calls in 2011 for retailers to reduce peat use by 2020, as of 2017 some 56 per cent of ‘growing material’ such as compost is still peat based. The Department for Environment, Food and Rural Affairs said the government may consider a ban if the industry does not demonstrate progress. (Business Green)

Oohos, the edible, plastic-free packaging capsules trialled by Lucozade Ribena Suntory, the Vita Mojo restaurant and Just Eat, have received more than £300,000 in UK Government funding. The sachets, created by packaging firm Skipping Rocks Lab and made by manufacturing firm Notpla, is made from seaweed extract and used as edible packaging for drinks under 100ml. The packaging can be eaten, composted or disposed of in normal household bins. Once discarded, they take around six weeks to decompose. The funding will be used to improve the manufacturing outputs, creating a machine that could be installed at gyms or restaurants. The machine would operate like an on-the-go coffee machine and enable customers to buy liquid-filled capsules. With more than 11 billion plastic condiment sachets sold globally, Just Eat is aiming to introduce the sachets across its network of 29,000 UK restaurant partners. Lucozade Ribena Suntory trialled Oohos filled with Lucozade Sport drinks at four sporting events since September 2018, with more than 42,000 capsules handed out to participants. (edie)